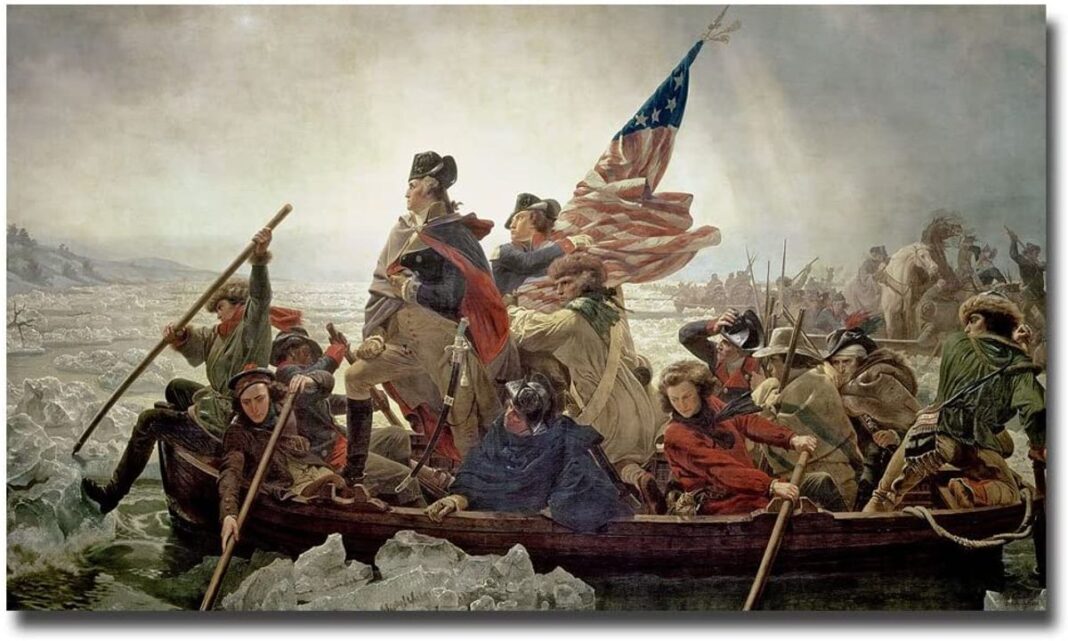 The Boisterous Sea of Liberty, edited by David Brion Davis and Steven Mintz, is a chronological presentation of America’s history from Columbus’ discovery to the end of the Civil War. The narrative focuses mainly on racial relations in America, and is interspersed with 366 documents (such as letters, speeches, and newspaper articles). Though an excellently written book, its overall value is marred by prominent historical inaccuracies which should be of concern to the conservative reader.

As it relates U.S. history, The Boisterous Sea of Liberty makes several deliberate statements regarding the “historical ironies” of our country, whether it be that slave-holding colonists were fighting for freedom, or that Thomas Jefferson wrote the Declaration of Independence though a slaveholder. The book even suspects there were selfish motives behind some late eighteenth-century abolitionist movements (297).

The book tends to take a pessimistic view of our country’s founding. It claims, “The American Revolution underscored the contradiction between a people torn between allegiance to high moral ideals and a base reality of racial domination” (188). And when the colonists “began to angrily resist British encroachments of power of the 1760s and 1770s, they were surrounded by African-American slaves, their own living examples of the dishonor and dehumanization of total powerlessness” (5). Such passages undermining and disregarding the principles fought for in the American Revolution are upsetting to the patriotic American. It should be remembered that the United States was the first nation to begin paving the way toward abolishing slavery.

Another troubling aspect of this book is its treatment of Thomas Jefferson. The book constantly harps on Jefferson’s being a slaveowner. There is the claim that “Jefferson’s life was filled with many paradoxes and contradictions. . . .But the central contradiction of Jefferson’s life involved slavery. . . . His words in the Declaration of Independence were among the most important ideological forces undermining slavery, and yet Jefferson was also a lifelong owner of slaves” (224-225). In reality, Jefferson’s first act as a legislator was one attempting to permit the emancipation of slaves. Jefferson also said, “There is nothing I would not sacrifice to a practicable plan of abolishing every vestige of this moral and political depravity [slavery].”

One other statement which is matter-of-factly put forward in the book is that “few of the nation’s founders were devoutly religious” (329). But there is so much evidence to the contrary, especially in the founders’ own writings, that this assertion seems ridiculous.

At first glance The Boisterous Sea of Liberty seems a sophisticated, authoritative choice for a historical read, but closer scrutiny reveals unfortunate errors in the book’s perception of U.S. history. What can be said in the book’s behalf, however, is that the interesting assortment of historical documents allow the reader to see first-hand the “big picture” of U.S. history.