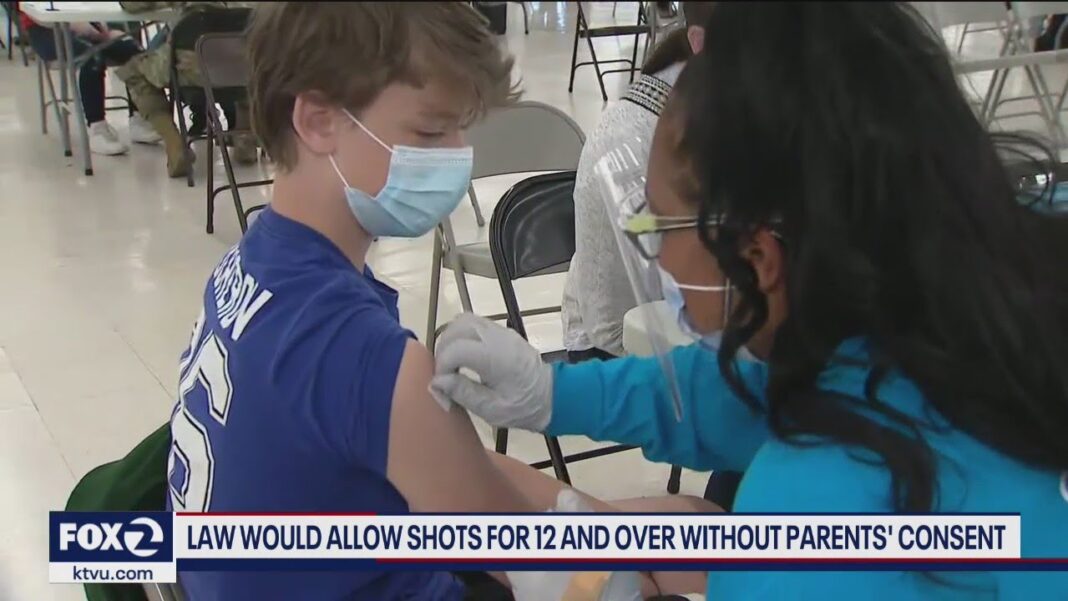 California is one step closer to allowing minors to receive any vaccine without parental consent following a 7–0 vote in the state Senate Judiciary Committee on May 5.

“Teens should be able to protect their own health with vaccines—whether against COVID, flu, measles, or polio—even if their parents refuse or can’t take them to get the shot,” Scott Wiener (D-San Francisco) wrote on Twitter following the hearing.

Wiener authored Senate Bill (SB) 866, which would allow minors 12 years and older to sidestep parental consent and receive a vaccine that has been approved by the Food and Drug Administration.

The legislation is intended to be a resource to minors whose parents are busy and unable to take them to receive a vaccine due to lack of paid time off, or even “medical neglect,” according to the bill analysis.

“The current consent rules serve as a significant barrier to teen health in California, in situations where parents and children hold conflicting views about vaccines,” wrote the National Youth Law Center—a nonprofit based in Oakland that advocates for youth in policymaking—according to the bill analysis.

Meanwhile, the Catholic Families 4 Freedom California wrote in opposition to the bill, claiming it would “infringe” upon the “sacred” relationship between a child and their parents.

“Teens lack the necessary maturity to make sound medical decisions and are generally more vulnerable to coercion than adults,” the organization wrote, according to the bill analysis. “If parents are not aware that their child has recently received a vaccine, their ability to properly monitor that child for any side effects is hampered and may cause a delay in timely treatment.”

The bill survives several other COVID-19 bills that were paused by their authors, including SB 871 by Sen. Richard Pan (D-Sacramento) which would have required all K–12 students to receive the COVID-19 vaccine.

Pan pulled the bill on April 14 claiming that the COVID-19 vaccination rates are “insufficient” among children as parents struggle to find the time and transportation to get their children vaccinated.

SB 866 is expected to be heard in more committees at a later date.