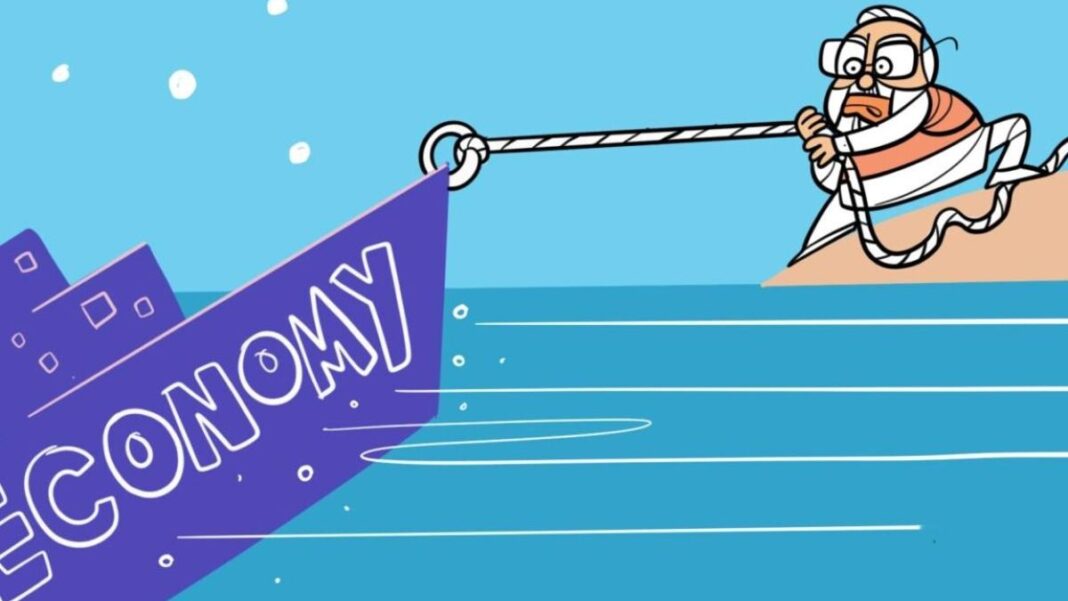 The Conference Board’s Leading Economic Indicators (LEI) suffered a significantly worse-than-expected drop in December, tumbling 1.0% MoM (vs. -0.7% exp), and the 1.0% decline in November was revised down to a 1.1% drop.

This is the 10th straight monthly decline in the LEI (and 11th month of 12) –  the longest streak of declines since “Lehman” (22 straight months of declines from June 2007 to April 2008). See this in the chart below and learn more here.

And on a year-over-year basis, the LEI is down 6.04% – its biggest YoY drop since 2008 (Lehman) outside of the COVID lockdown-enforced collapse. See this in the Chart below and learn more here.

The Senior Director, Economics at The Conference Board, stated the following.

“There was widespread weakness among leading indicators in December, indicating deteriorating conditions for labor markets, manufacturing, housing construction, and financial markets in the months ahead. Meanwhile, the coincident economic index (CEI) has not weakened in the same fashion as the LEI because labor market-related indicators (employment and personal income) remain robust. Nonetheless, industrial production – also a component of the CEI – fell for the third straight month. Overall economic activity is likely to turn negative in the coming quarters before picking up again in the final quarter of 2023.”

Despite the Conference Board’s report, the Atlanta Fed GDPNow continues to hold steady, though other indicators show that growth is steadily sinking.

See this in the Chart below and learn more here.

President Joe Biden continues to tout his efforts on the Biden economy. He specifically touts a recent downturn in inflation and cherry-picks job numbers – see an alternative view here. Let’s not even talk about the real estate market – see here. See Biden’s most recent remarks in the video below.

The reality is that inflation is only down because the Fed has raised rates and is sending the US economy into recession – this is not economic growth due to actual genuine efforts of hard-working Americans. What will happen when the Fed stops its current interest rate cycle? It is merely putting money from the right to the left pocket and blowing smoke at the public who may not dig below the headlines.