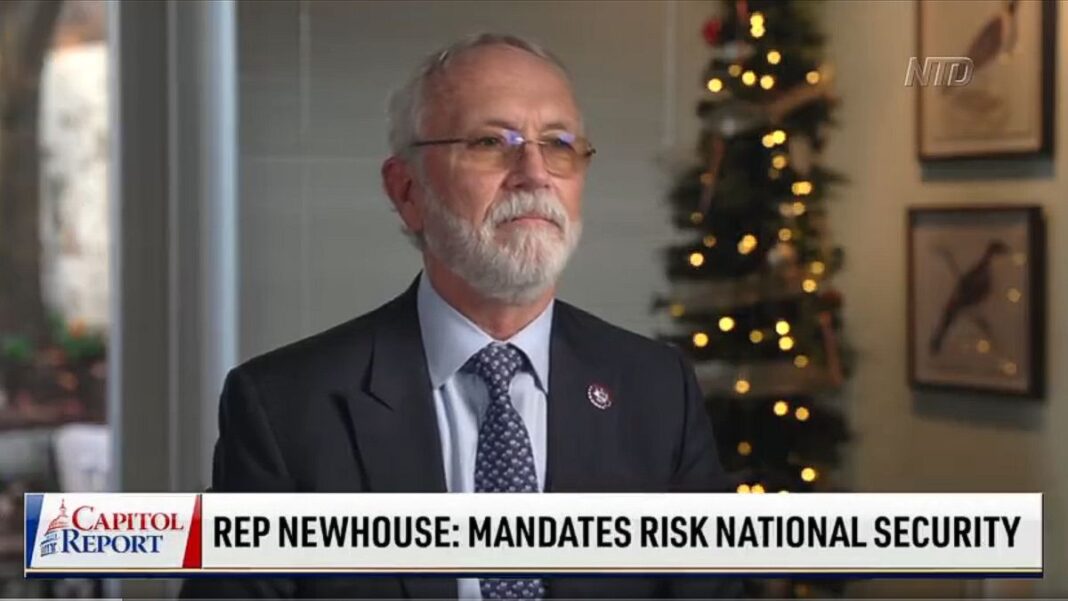 China has been buying up agricultural lands in the United States for years, a trend that a U.S. lawmaker said must end in order to safeguard the American food supply chain.

For this reason, Rep. Dan Newhouse (R-Wash.) introduced an amendment to the House’s fiscal 2022 agriculture appropriations bill (H.R.4356) in June. In a recent interview with NTD, the lawmaker explained what his amendment would do.

“China, frankly, is an adversary. We want to make sure that we control our food supply. I think it’s a natural, important, national security issue,” Newhouse said.

The amendment was adopted unanimously by the House Appropriations Committee on June 30. On July 29, the House passed the agriculture appropriations bill as part of a package of seven 2022 spending bills (H.R.4502).

If enacted, the amendment would empower the secretary of agriculture to prohibit the purchase of agricultural lands in the United States by companies owned by China, Iran, North Korea, and Russia, according to the language of the bill.

In China, there is no distinction between private businesses and state-owned companies, since the Chinese Communist Party can exercise control over private firms through Chinese laws or Party cells embedded in them.

Additionally, it would prohibit the four countries from taking part in programs administered by the secretary of agriculture.

Newhouse said the current language of his amendment had been changed. He initially named only China (pdf) but not the three other nations.

“During the rules process, it was changed somewhat by the Democrats to include several other countries,” he explained.

“But the fact remains is communist China is the threat. They’re the ones that are buying up most of the assets of that list of nefarious countries that are not our friends. And that’s where the focus should be.”

Chinese firms have been buying American agricultural lands for the last decade. According to data from the U.S. Department of Agriculture (USDA), Chinese investors controlled 13,720 acres in the United States, worth $81,425, as of the end of 2010.