Washington, D.C. — Senator Tom Cotton (R-Arkansas) introduced the Saving American History Act of 2020, a bill that would prohibit the use of federal funds to teach the 1619 Project by K-12 schools or school districts. Schools that teach the 1619 Project would also be ineligible for federal professional-development grants.

Under the bill, the Secretaries of Education, Health and Human Services, and Agriculture would be required to prorate federal funding to schools that decide to teach the 1619 Project—determined by how much it costs to plan and teach that curriculum. Any federal funds intended for low-income students or special-needs students are not affected by this legislation.

“The New York Times’s 1619 Project is a racially divisive, revisionist account of history that denies the noble principles of freedom and equality on which our nation was founded. Not a single cent of federal funding should go to indoctrinate young Americans with this left-wing garbage,” said Cotton.

‘So wrong in so many ways” is how Gordon Wood, the Pulitzer Prize-winning historian of the American Revolution, characterized the New York Times’s “1619 Project.” James McPherson, dean of Civil War historians and another Pulitzer winner, said the Times presented an “unbalanced, one-sided account” that “left most of the history out.” Even more surprising than the criticism from these generally liberal historians was where the interviews appeared: on the World Socialist Web Site, run by the Trotskyist Socialist Equality Party.
~ Wall Street Journal, Dec. 16, 2019 6:54 pm ET 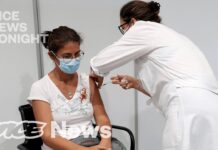