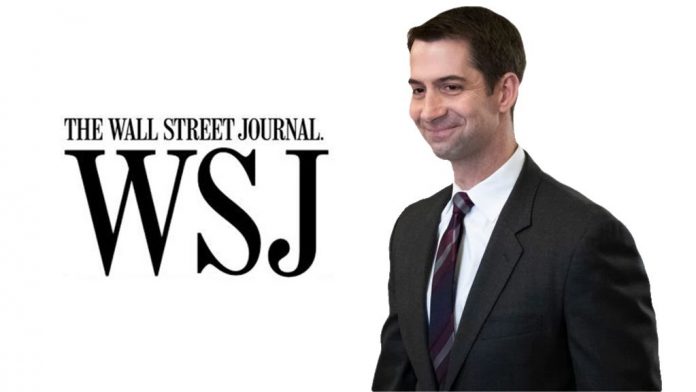 The U.S. government is investigating whether the Covid-19 virus came from a government laboratory in Wuhan, China. The Chinese Communist Party denies the possibility. “There is no way this virus came from us,” claimed Yuan Zhiming over the weekend. Mr. Yuan is a top researcher at the Wuhan Institute of Virology, which studies some of the world’s deadliest pathogens. He is also secretary of the lab’s Communist Party committee. He accuses me of “deliberately trying to mislead people” for suggesting his laboratory as a possible origin for the pandemic.

Beijing has claimed that the virus originated in a Wuhan “wet market,” where wild animals were sold. But evidence to counter this theory emerged in January. Chinese researchers reported in the Lancet Jan. 24 that the first known cases had no contact with the market, and Chinese state media acknowledged the finding. There’s no evidence the market sold bats or pangolins, the animals from which the virus is thought to have jumped to humans. And the bat species that carries it isn’t found within 100 miles of Wuhan.

Wuhan has two labs where we know bats and humans interacted. One is the Institute of Virology, eight miles from the wet market; the other is the Wuhan Center for Disease Control and Prevention, barely 300 yards from the market.

Both labs collect live animals to study viruses. Their researchers travel to caves across China to capture bats for this purpose. Chinese state media released a minidocumentary in mid-December following a team of Wuhan CDC researchers collecting viruses from bats in caves. The researchers fretted openly about the risk of infection.

These risks were not limited to the field. The Washington Post reported last week that in 2018 U.S. diplomats in China warned of “a serious shortage of appropriately trained technicians and investigators needed to safely operate” the Institute of Virology. The Wuhan CDC operates at even lower biosafety standards.

While the Chinese government denies the possibility of a lab leak, its actions tell a different story. The Chinese military posted its top epidemiologist to the Institute of Virology in January. In February Chairman Xi Jinping urged swift implementation of new biosafety rules to govern pathogens in laboratory settings. Academic papers about the virus’s origins are now subject to prior restraint by the government.

In early January, enforcers threatened doctors who warned their colleagues about the virus. Among them was Li Wenliang, who died of Covid-19 in February. Laboratories working to sequence the virus’s genetic code were ordered to destroy their samples. The laboratory that first published the virus’s genome was shut down, Hong Kong’s South China Morning Post reported in February.

This evidence is circumstantial, to be sure, but it all points toward the Wuhan labs. Thanks to the Chinese coverup, we may never have direct, conclusive evidence-intelligence rarely works that way-but Americans justifiably can use common sense to follow the inherent logic of events to their likely conclusion.