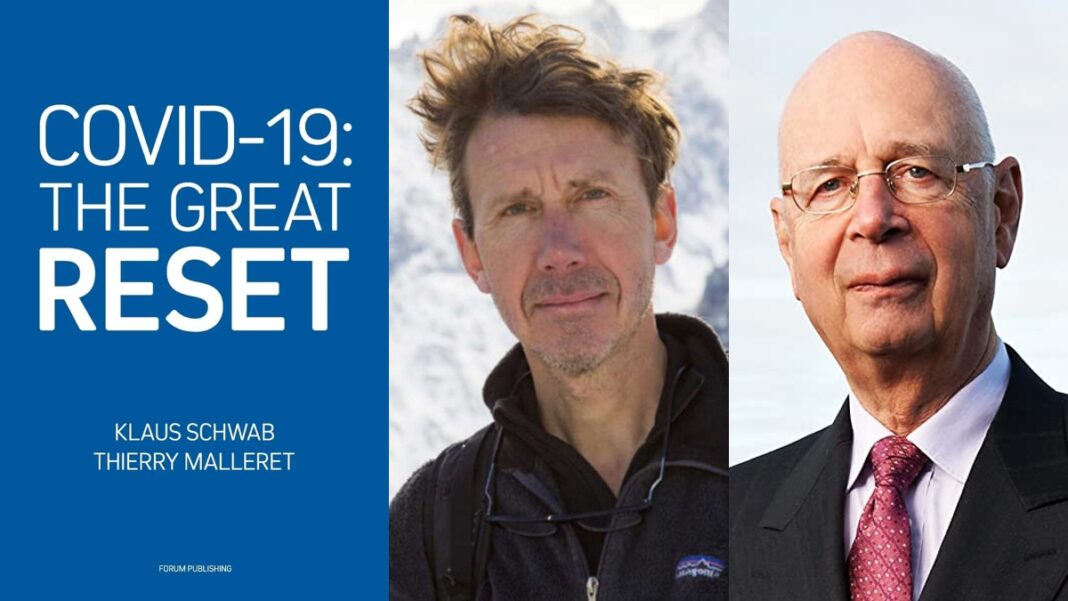 “COVID-19: The Great Reset” is a guide for anyone who wants to understand how COVID-19 disrupted our social and economic systems, and what changes will be needed to create a more inclusive, resilient and sustainable world going forward. Klaus Schwab, founder and executive Chairman of the World Economic Forum, and Thierry Malleret, founder of the Monthly Barometer, explore what the root causes of these crisis were, and why they lead to a need for a Great Reset.

Theirs is a worrying, yet hopeful analysis. COVID-19 has created a great disruptive reset of our global social, economic, and political systems. But the power of human beings lies in being foresighted and having the ingenuity, at least to a certain extent, to take their destiny into their hands and to plan for a better future. This is the purpose of this book: to shake up and to show the deficiencies which were manifest in our global system, even before COVID broke out.

“The book looks ahead to what the post-coronavirus world could look like barely four months after the outbreak was first declared a pandemic” — Sam Meredith, CNBC (USA)

“The message that the pandemic is not only a crisis of enormous proportions, but that it also provides an opportunity for humanity to reflect on how it can do things differently, is important and merits reflection”– Ricardo Avila, Portafolio (Colombia)

“History has shown, the book argues, that pandemics are a force for radical and lasting change”– Mustafa Alrawi, The National (UAE)

Thierry is the co-founder and main author of the Monthly Barometer, a succinct predictive analysis exclusively provided to private investors and some of today’s most influential opinion and decision-makers. He was until 2011 a senior partner at IJ (Informed Judgement) Partners, an investment boutique for ultra-high-net-worth individuals based in Geneva, and prior to that managing partner at Rainbow Insight, an advisory boutique which he founded, providing tailor-made intelligence to investors. Previously, Thierry founded and headed the Global Risk Network at the World Economic Forum, a network that brings together top opinion and policymakers, CEOs and academics to look at how global issues will affect business and society in the short and long term. For a number of years in succession, Thierry conceived and put in place the programme for Davos and spoke at global, industry and regional events. His other professional experience includes: investment banking (as a Chief Economist and Strategist of a major Russian investment bank and as an Economist at the EBRD in London), think tanks and academia (both in New York and Oxford) and government (with a three-year spell in the Prime Minister’s office in Paris).

Thierry has written several business and academic books, and has published four novels (two of which under a pen-name). In addition, he is a public speaker with some of the world’s leading agencies. He also sits on several advisory boards.

He was educated at the Sorbonne and Ecole des Hautes Etudes en Sciences Sociales in Paris and at St. Antony’s College, Oxford. He holds two MAs (in Economics and History) and a PhD in Economics.

With his English wife Thierry has four daughters.

Professor Klaus Schwab (1938, Ravensburg, Germany) is the Founder and Executive Chairman of the World Economic Forum. In 1971, he published Modern Enterprise Management in Mechanical Engineering. He argues in that book that a company must serve not only shareholders but all stakeholders to achieve long-term growth and prosperity. To promote the stakeholder concept, he founded the World Economic Forum the same year.

Professor Schwab holds doctorates in Economics (University of Fribourg) and in Engineering (Swiss Federal Institute of Technology) and obtained a master’s degree in Public Administration (MPA) from the Kennedy School of Government at Harvard University. In 1972, in addition to his leadership role at the Forum, he became a professor at the University of Geneva. He has since received numerous international and national honours, including 17 honorary doctorates. His latest books are The Great Narrative (2022), Stakeholder Capitalism (2021), The Great Reset (2020), Shaping the Future of the Fourth Industrial Revolution (2018), and The Fourth Industrial Revolution (2016).