Rep. Ken Buck (R-Colo.) wants the U.S. armed forces to be more focused on “military readiness, not military wokeness” and hopes to put an end to the “dangerous and divisive” critical race theory being taught to servicemen and women.

Buck is just one of many Republican lawmakers who oppose critical race theory (CRT) over fears that peddling the Marxist theory to service members will only serve to reduce both their cohesion and combat effectiveness when it comes to fighting real threats facing the United States, such as those posed by terrorist groups.

CRT adherents generally believe that the United States is systemically racist, that racial oppression exists, and that institutions that emerged in majority-white societies are racist and “white supremacist.” The theory has slowly expanded in recent decades through academia, government structures, school systems, and the corporate world.

In an interview with The Epoch Times, Buck said he believes CRT—which has become more of a central focus following the death of George Floyd while in police custody on May 25, 2020—has “no place” within the U.S. military, calling it “dangerous and divisive.”

“I think that there are political theories that are being espoused in this country, such as critical race theory, that are dangerous and divisive and have no place in the military,” he said.

“If we want to have those discussions in the private sphere, in the marketplace of ideas, we can certainly have those discussions. But to require members of the military to be trained in critical race theory and to have inclusion and diversity officers in the Department of Defense, I think undermines the necessary discipline that we need in our military to conduct business.” 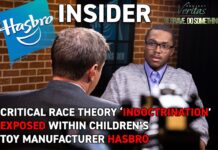