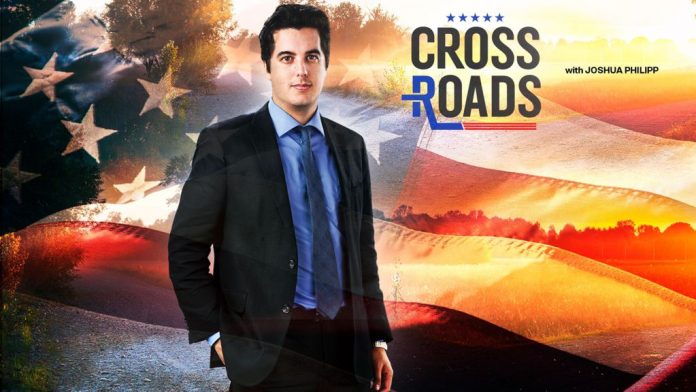 In this episode of Crossroads Joshua Philipp speaks with David Limbaugh, author and the brother of Rush Limbaugh, about his new bestselling book, Guilty by Reason of Insanity: Why the Democrats Must Not Win. We discuss the problems of struggle, double-think, and political extremism in today’s society.

Joshua Philipp: So it seems today the world has lost its mind, in case you haven’t noticed. But we have a great guest in store today, his name is David Limbaugh. He’s going to help us understand why that is. Now, David is the brother of Rush Limbaugh, a guy you might have heard of, and he just wrote a book called Guilty by Reason of Insanity. We’re going to get into this whole divisive, double mindedness in society, and the various camps it has created with are so divisive that they can’t even get along with each other.

David Limbaugh on Life Liberty and Levin said that they reject the American idea. They believe America was born in hell. They, they are against the fundamental concepts that drove America’s Founders such as a free enterprise, constitutionalism, limited government and, at the core, of course, is liberty. And everything they stand for is totalitarian, the end justifies the means, and so what, why they claim to respect democracy, and they don’t know the difference between a democracy and a constitutional republic, but nevertheless they claim, that they respect democracy, and yet they’re doing everything to undermine it. They will not accept the results of the 2016 election so they’re doing everything they can to undermine it, to disqualify it, to weaken Trump and defeat him. And so, what the book really points out is the horror show that would ensue if they ever did get power back in the major branches of government. It’s really scary how extreme they’ve become and how quickly they’ve become extreme and come out of the closet, unapologetically. And I detail all the many ways they’ve done so.