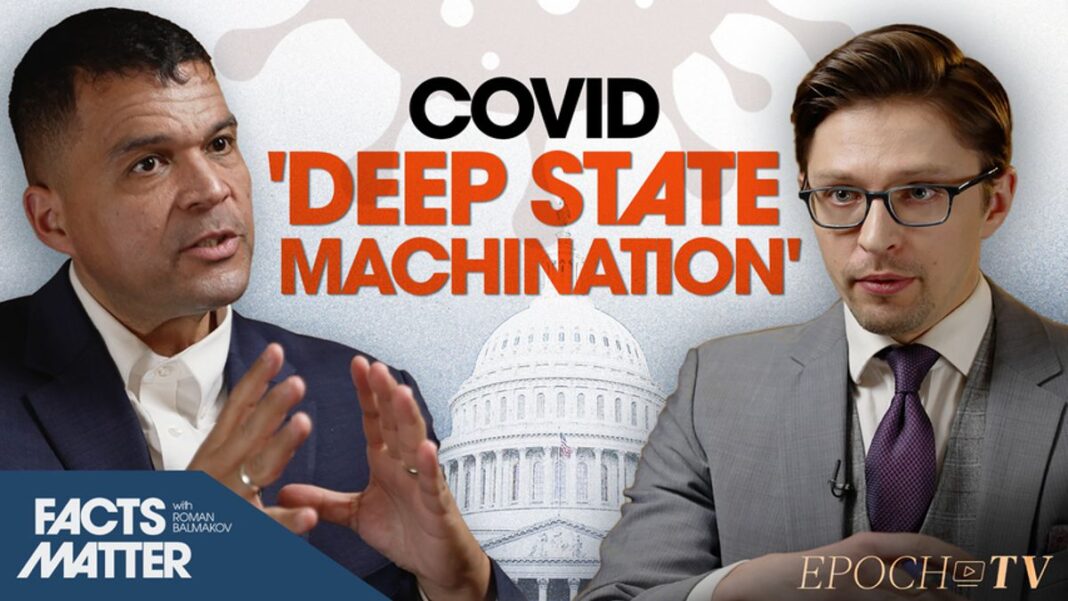 According to Paul Alexander, when former President Donald Trump was trying to tackle COVID-19 in 2020, the “swamp” or the “deep state” was working against him, using flawed data to tarnish him, locking down society, and keeping schools closed.

“They’re working against him. So you need to be there to understand when he said ‘the swamp’—and he talked about deep state—it is real. I dealt with them. It is the bureaucracy. The entrenched bureaucracy is real.”

From late March till early September 2020, Alexander served as scientific adviser to Michael Caputo, then-assistant secretary for public affairs at the Department of Health and Human Services (HHS).

During that time, Alexander was attacked by the media and some health agency officials for trying to “tweak” the COVID-19 death numbers in the CDC’s Morbidity and Mortality Weekly Report (MMWR).

On Aug. 8, 2020, in an email to Caputo (pdf) and other officials, Alexander wrote: “CDC to me appears to be writing hit pieces on the administration and meant at this time to impact school re-openings and they then send it to the media knowing it is deceiving. I ask it be stopped now! … Nothing to go out unless I read and agree with the findings how they CDC, wrote it and I tweak it to ensure it is fair and balanced and ‘complete.’ And not misleading.”

At the time, Alexander also pushed for herd immunity to handle the pandemic, insisting the only way to do so was to allow the non-high-risk groups to expose themselves to the virus.

However, some media outlets depicted Alexander’s proposal as trying to get people infected intentionally. They also claimed that Caputo was promoting unfounded accusations and conspiracy theories in a Facebook video. Pressure from the media and some government officials later led to the departure of Caputo and Alexander.

On Sept. 16, 2020, HHS announced that Caputo would take a 60-day medical leave of absence, and Alexander would leave the department.

“New York Times wrote—now it’s part of the public discussion—that the CDC reporting to the public and the data is suboptimal. It’s incomplete. It’s not balanced. It’s missing information. So that is exactly what I was trying to say two years ago, that I was attacked for,” said Alexander.

The New York Times on Feb. 20 reported that the CDC has been withholding critical COVID-19 data on boosters, hospitalizations, and other analyses. A CDC spokesperson told the outlet that one reason is the agency was afraid the data might be misinterpreted as the vaccines being ineffective.

In March, the CDC quietly removed 72,277 deaths, including 416 among children, that were said to have been from COVID-19 from its data tracker web page.

“The CDC removed 72,000 deaths. Why? I will say it this way, under the Trump administration, the CDC worked with the [National Institutes of Health (NIH)]  and the media to make the response terrible for him. Make it look, on a day-to-day basis, terrible, like bad. And they will do that with the numbers. They will report escalating infections, escalating cases, any which way they could,” said Alexander.

The CDC responded that the change was to make the data more accurate.

“CDC constantly reviews our COVID-19 data to ensure its accuracy,” a CDC spokesperson told The Epoch Times via email last month, adding that “CDC’s algorithm was accidentally counting deaths that were not COVID-19-related.”

By Harry Lee and Roman Balmakov