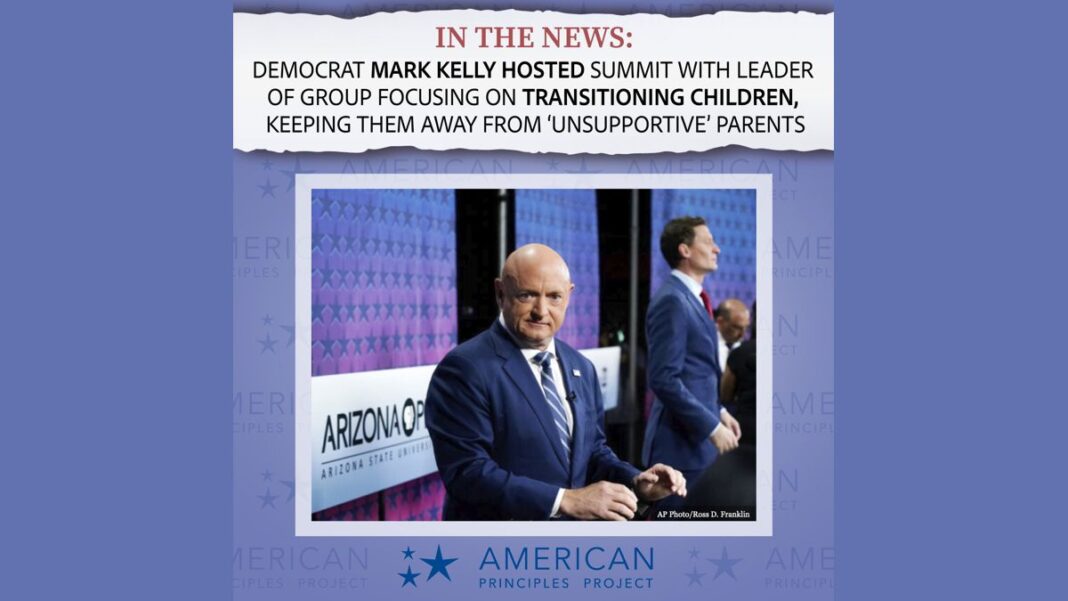 Democrat Sen. Mark Kelly (D-AZ) hosted a summit on Zoom in 2020 with a leader in the Arizona LGBTQ community whose group focuses on transitioning children and keeping them away from “unsupportive” parents.

The meeting is notable because Kelly has tried to position himself as a “moderate” Democrat in his race against Republican challenger Blake Masters, who is tied with the Democrat just one week before the midterm election.

In June 2020, Kelly hosted a summit with the Arizona Trans Youth & Parent Organization (AZTYPO), a group that supports a range of radical transgender beliefs, including letting children “at any age” receive a range of puberty blockers, surgeries, and drugs if they believe they are not the correct gender, supporting parents in custody battles to keep a child from a parent who does not believe a child should transition, and advocating for insurance to cover a child’s reassignment surgery.

Kelly led the meeting with Tami Stass, the president of AZTYPO, along with nine other LGBTQ leaders:

According to AZTYPO’s website, Staas works as a third grade teacher at a public school in Arizona. “In addition to her activist work, she is the mother of two children; one who identifies as a trans man, and the other who identifies as non-binary. She earns her living as a third grade teacher at Summit Academy International Baccalaureate School in Mesa Public Schools.”