Home Opinion Truth or Consequences Democrats Claim Democratic Institutions Need to be Destroyed to “Save Democracy.” 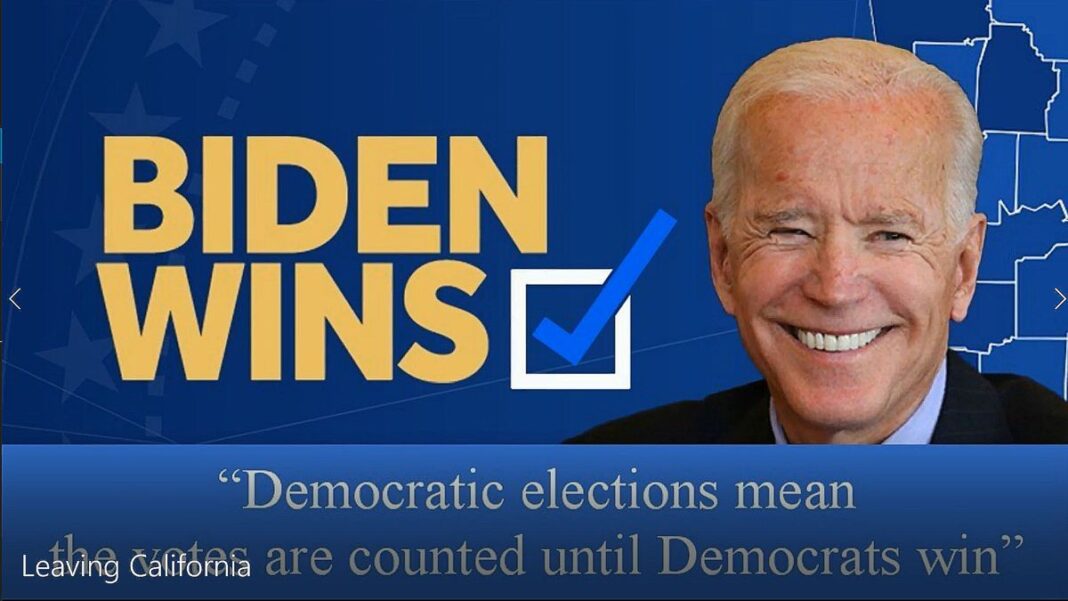 Yesterday, my Facebook feed featured a pink mail-in ballot with the author proudly declaring: “I voted against election deniers and their enablers!”

That is indeed a feat to be proud of. Denouncing “election deniers” now gets you the same social media adoration as posting “Black Lives Matter” avatars did two years ago. Many Americans readily embrace a “lifesaving” cause – no matter how phony. When people need justification for supporting a party that brought us 12% inflation and normalized mutilation of children, they convince themselves such petty stuff needs to be overlooked to protect “the greater good.” If you ask your friends why they still vote for Democrats even as their retirement accounts are disappearing, they will always come up with some evil de jour the Republicans are guilty of. Today’s evil de jour is: “Republicans are destroying Democracy!”

Here is Max Boot, the person who invokes the word “Ukraine” as randomly and without context as Kamala Harris invokes an uncomfortable chuckle, warning us that Democracy is in grave danger – from people participating in a Democratic process of voting, apparently:

“If you support democracy in America and Ukraine, you need to vote for Democrats on Nov. 8. But if the current trends hold up, Republicans are likely to take over at least the House and quite possibly the Senate, too, along with many state offices. This is how democracies die, both at home and abroad.”

According to Mad Max, Democracies die when election results don’t come out the way he likes. And why not? Today, you may be upset by the size of your heating bill. But these worries will feel small when Lee Zeldin comes to your house giving you an AR15 and demanding you shoot your neighbor. You won’t be concerned with the price of your eggs when Brian Kemp burns your local polling precinct. And the cost of filling up your car will be the last thing on your mind when Ron DeSantis bans your 3rd grader from getting a PhD in gender theory. Them evil Republican dictators must be stopped at all costs.

The media attempts to distract from Joe Biden’s failure may be subtle, but you can always rely on Nancy Pelosi to give the game away:

NANCY PELOSI: "When I hear people talk about inflation…we have to change that subject!" pic.twitter.com/Ck1DaPVrCc

Hey, you, stupid media person, would you shut up about the inflation already? That inconvenient truth is preventing Americans from getting what they so desperately need: Nancy Pelosi staying in power forever.

As long as Nancy’s fridge stays stocked with designer ice cream, she is quite convinced American people are handling inflation just fine. Jen Psaki is in full agreement. Jen can’t believe Americans who earn as much in a week as Jen does by walking from her green room to the show set are not sufficiently concerned with her pet cause – stopping “election deniers:”

The Democrats’ premise is that not conceding the lost election is a telltale trademark of a wanna-be dictator. Of course, you may think this is true – only if you have never taken a history class. If “denying election results” was a sign of “a dying Democracy,” American Democracy would be dead before you finish watching this video:

In modern history, dictators came to power by not acknowledging their loss precisely zero times. Dictators take power either by being legitimately elected (Chavez and Mussolini), or by violent means (Lenin and Castro). But what distinguishes a dictatorial state from true Democracy is denying future elections. Dictators install themselves as permanent rulers, and they criminalize any future threat to their power. All you need to do is to look at modern dictatorships – from China to Russia to Venezuela – to see that the sham “elections” always produce the same outcome, and nobody is allowed to ”deny” the outcome for fear of spending the next 100 years at a hard labor camp. Far from “killing Democracy,” being able to question the outcome of the election is a hallmark of a healthy Democracy.

Democrats did not come to power by the virtue of a coup. Whether you believe they cheated in the 2020 elections or won it fair and square, they hold power now – but they made any “questioning” of their power a crime. They are gaslighting you into thinking that doubting the previous election outcome is “undermining Democracy” – even as they are proclaiming, without any evidence, that any future election is under suspicion:

“Right wing extremists already have a plan to literally steal the next presidential election.”

Hillary Clinton is already warming up her election denying for 2024. pic.twitter.com/Qup5jydjYb

They claim, even today, before a single vote is counted, that all future elections are fake unless they win. After screaming from the rooftops that every person doubting Joe Bidens’ legitimacy should be tried for treason, they already deny the legitimacy of future elections. After blaming Republicans for “undermining trust in the Democratic institutions,” the Democrats, at this very moment, telling American people that nobody should have any confidence in the elections that don’t produce the outcome that they desire.

As perverted as that argument is, American Democracy is strong, and it will persevere any “undermining” coming from either side. As I watched multiple debates over the weekend, I marveled at how strong American Democracy really is. Coming from an authoritarian country, an election day was marked by quietly coming to a polling place and checking the right box. No debates, no questions, no “denying.” The ruling party always won by 99% of the vote, and no debates or persuasion was required or offered. Any American who thinks that Democracy is under threat today does not understand the definition of Democracy.

That said, there are some cracks in American Democracy, outlined here. The media corruption; suppression of freedom of speech; and the brainwashing American youth are severely hurting American Democracy. The far left does not understand what Democracy is all about – and they are hoping you don’t either.

“The end justifies the means” mentality employed by the Far Left is how Democracies die.