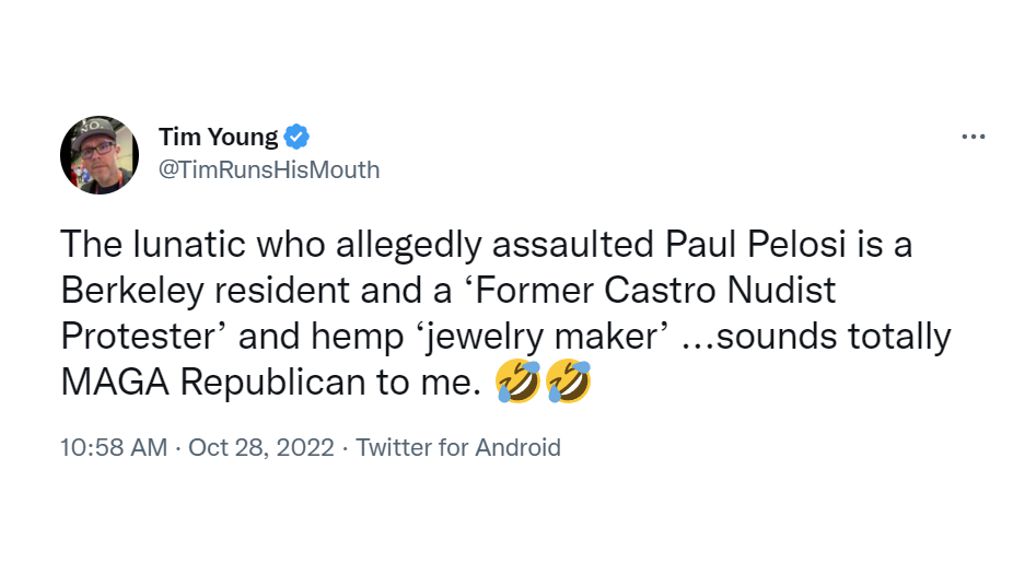 Following the attack on Paul Pelosi, Democrats and the media quickly framed the alleged assailant as a right-wing conspiracy theorist incited to violence by rhetoric from former President Donald Trump and Republicans.

The husband of House Speaker Nancy Pelosi was allegedly attacked in their home by 42-year-old suspect David DePape with a hammer as police arrived on the scene. Paul Pelosi was rushed into surgery Friday morning with a fractured skull but is expected to make a full recovery.

In CNN’s original story on the attack, it noted that DePape “posted memes and conspiracy theories on Facebook about Covid vaccines, the 2020 election and the January 6 attack, and an acquaintance told CNN that he seemed ‘out of touch with reality.'”

Another CNN story, which was updated after the original article, began by mentioning the above “conspiracy theories” before adding later in the story, “A 2013 article in the San Francisco Chronicle identified him as a ‘hemp jewelry maker,’ and said that he lived with a nudist activist.”

The Chronicle reported on a blog removed on Friday that was reportedly authored by DePape, noting that many of the posts “repeated far-right conspiracy theories or included bigoted language about Black people, Muslims, Jews, immigrants and LGBTQ people.”

Another post on the blog was titled “The woke are Racists with a guilty conscience,” according to the Chronicle.

The outlet also noted that photos from its 2013 story “show a fully clothed DePape dancing with famed nudist activist Gypsy Taub and her new husband Jaymz Smith,” as he “was the best man at the wedding.”

“DePape was one of a number of activists who took to the streets to promote public nudity in 2011 and 2012,” according to State Sen. Scott Wiener (D-San Francisco), the Chronicle reported.