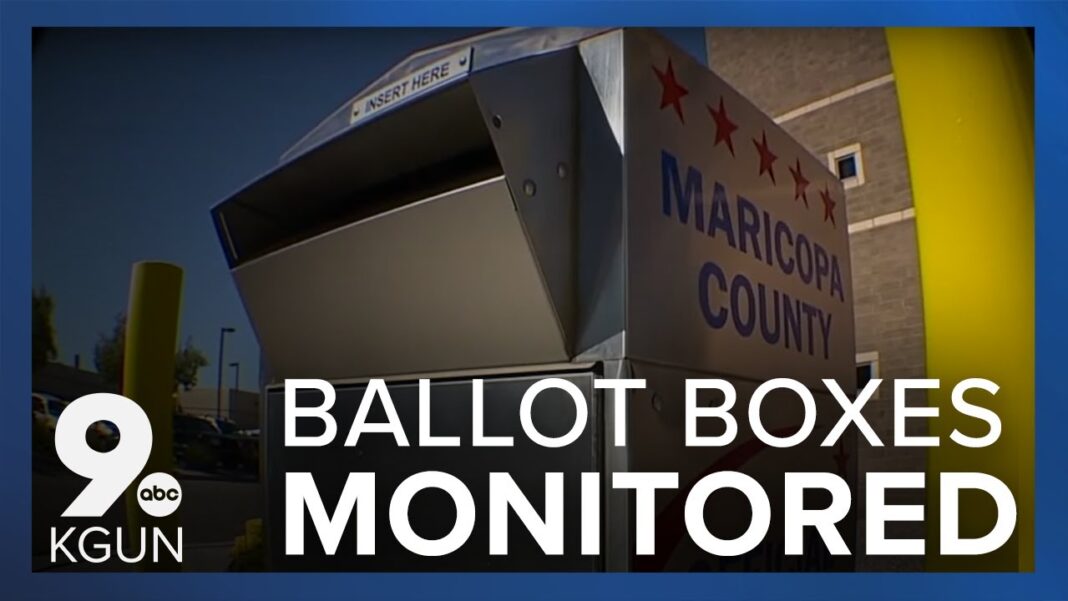 U.S. District Court Judge Michael T. Liburdi for the District of Arizona on Friday dismissed Voto Latino from the case for not having standing because it didn’t show “concrete or particularized injury.”

“The Court has struggled to craft a meaningful form of injunctive relief that does not violate Defendants’ First Amendment rights and those of the drop box observers,” Liburdi said in his ruling (pdf).

Liburdi noted that many voters are “legitimately alarmed” by the drop box observers filming, but their conduct doesn’t constitute either voter intimidation or a true threat.

The Epoch Times has reached out to Voto Latino for comment.

The drop boxes in question are in parking lots for voters to drive up and deposit their ballots from their vehicles.

According to the lawsuit (pdf), one voter filed a complaint alleging that a group of individuals gathered near the Mesa County ballot drop box and photographed and accused the voter and his wife of being mules.

The Epoch Times has reached out to the Maricopa County Sheriff’s Office for comment.