Florida Gov. Ron DeSantis said on Monday that the flights he chartered for illegal immigrants to Martha’s Vineyard were voluntary.

“It was clearly voluntary, and all the other nonsense you’re hearing is just not true,” DeSantis told Fox News’s Sean Hannity about last week’s flight to the exclusive Massachusetts island. “And why wouldn’t they want to go, given where they were?”

All the illegal immigrants who were transported from Florida to Martha’s Vineyard had to sign consent forms and were given maps and numbers for services in the area, DeSantis said.

Democrats have claimed that DeSantis and Texas Gov. Greg Abbott, also a Republican, have engaged in human trafficking by sending groups of illegal aliens to other parts of the country. For months, Abbott has been busing people who illegally entered the United States to New York City, Chicago, and Washington.

The Democrat sheriff of Bexar County, Texas, announced he opened an investigation into DeSantis’s transport of illegal immigrants. The sheriff’s office claimed that one illegal alien was paid to recruit the others, and they were allegedly promised work or other benefits.

A spokesperson for DeSantis, however, denied those allegations to news outlets and said they were “abandoned, homeless, and left to fend for themselves.”

DeSantis, who is up for reelection in November and is seen as a possible presidential contender in 2024, claimed credit for the two flights from San Antonio to Martha’s Vineyard. He also targeted President Joe Biden’s handling of a record number of crossings along the U.S.–Mexico border. 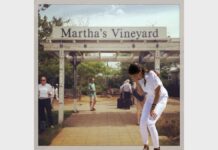