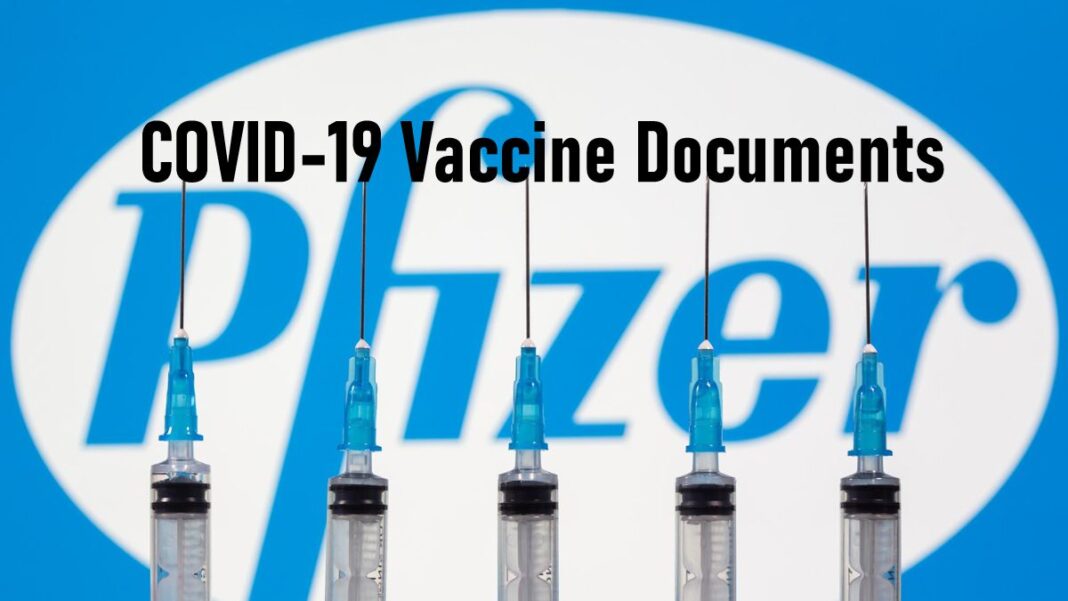 It’s becoming more and more apparent as to why Pfizer tried – albeit unsuccessfully – to withhold their COVID jab trial data for 75 years. Now, with the release of the data, internet sleuths are uncovering problems suggestive of fraud and manipulation, including the suspicious site 4444.

In November 2021, Brook Jackson, a whistleblower who worked on Pfizer’s Phase 3 COVID jab trial in the fall of 2020, warned she’d seen evidence of fraud in the trial.

Data were falsified, patients were unblinded, the company hired poorly trained people to administer the injections, and follow-up on reported side effects lagged way behind. The revelation was published in The British Medical Journal. In his November 2, 2021, report, investigative journalist Paul Thacker wrote:1

[F]or researchers who were testing Pfizer’s vaccine at several sites in Texas during that autumn, speed may have come at the cost of data integrity and patient safety … Staff who conducted quality control checks were overwhelmed by the volume of problems they were finding.”

When her concerns were ignored, she finally called the U.S. Food and Drug Administration and filed a complaint via email. Jackson was fired later that day after just two weeks on the job. According to her separation letter, management decided she was “not a good fit” for the company after all.

She provided The BMJ with “dozens of internal company documents, photos, audio recordings and emails” proving her concerns were valid, and according to Jackson, this was the first time she’d ever been fired in her 20-year career as a clinical research coordinator.

Disturbingly, social media actually censored this BMJ article and published pure falsehoods in an effort to “debunk” it. Mind you, the BMJ is one of the oldest and most respected peer-reviewed medical journals in the world! The Facebook “fact check” was done by Lead Stories, a Facebook contractor, which claimed the BMJ “did NOT reveal disqualifying and ignored reports of flaws in Pfizer’s” trials.2

In response, The BMJ slammed the fact check, calling it “inaccurate, incompetent and irresponsible.”3,4,5 In an open letter6 addressed to Facebook’s Mark Zuckerberg, The BMJ urged Zuckerberg to “act swiftly” to correct the erroneous fact check, review the processes that allowed it to occur in the first place, and “generally to reconsider your investment in and approach to fact checking overall.” As noted by The BMJ in its letter, the Lead Stories’ fact check:7

Now, with the release of Pfizer trial data8 — which they tried to withhold for 75 years — internet sleuths are finding additional problems suggestive of fraud and data manipulation. May 9, 2022, a Twitter user named Jikkyleaks posted a series of tweets questioning data from Pfizer trial sites 1231 and 4444.9

Trial site 1231, located in Argentina, somehow managed to recruit 10% of the total trial participants, 4,501 in all, and they did so in just three weeks, and without a contract research organization (CRO). CROs like the Ventavia Research Group, which Jackson worked for, provide clinical trial management services. The lead investigator for trial site 1231 is Dr. Fernando Polack,10 who also happens to be:11

As noted by Jikkyleaks, Polack “is literally the busiest doctor on the planet,” because in addition to all those roles, he also managed to single-handedly enroll 4,500 patients in three weeks, which entails filling out some 250 pages of case report forms (CRFs) for each patient. That’s about 1,125,000 pages total. (CRFs are documents used in clinical research to record standardized data from each patient, including adverse events.)

This recruitment also took place seven days a week, which is another red flag. “Weekend recruitment for a clinical trial would be odd. Staff are needed to fill out that many record forms (CRFs) and there are potential risks to the trial, so you need medical staff. It would be highly unusual,” Jikkyleaks notes.

Is Polack just a super-humanly efficient trial investigator, or could this be evidence of fraud? As noted by Steve Kirsch in the featured video and an accompanying Substack article,15 Polack is the coordinator for a network of 26 hospitals in Argentina, so perhaps it’s possible he could have recruited 57 patients per week per hospital, but it seems highly unlikely.

Now, “site 4444” does not exist. It’s actually the same as site 1231. It appears site 1231 held a second enrollment session, and these were for some reason given the designation of 4444. The 4444 trial site data raise another red flag.

Site 4444 (the second enrollment session for site 1231) supposedly enrolled 1,275 patients in a single week, from September 22 through 27, 2020, and the suspicious thing about that — aside from the speed — is the fact that this was the last week that recruitment could take place to meet the data cutoff for the FDA meeting in December 2020. Jikkyleads writes:16

“My guess: they needed enough numbers of ‘positive PCR tests’ in the placebo group to show a difference between groups for that VRBPAC meeting on the 10th Dec, and they didn’t have them. So, site 4444 appeared and gave them their ‘perfect’ result. Bravo.”

“Was there fraud in the Pfizer trial? Without a doubt. The story of Maddie de Garay is a clear case of that. Brook Jackson has evidence of fraud; she has 17 lawyers working for her. If there wasn’t fraud, these lawyers wouldn’t be wasting their time.

This new data on Site 1231/4444 looks suspicious to me. It looks too good to be true. But we can’t make the call without more information. Undoubtedly, the mainstream media will not look into this, Pfizer will remain silent, and Polack will be unreachable for comment. The lack of transparency should be troubling to everyone. That is the one thing we can say for sure.”

Among the tens of thousands of Pfizer documents released by the FDA so far, we now also have clear evidence of harm. For nurse educator John Campbell, featured in the video above, these documents appear to have served as a “red pill,”18 waking him up to the possibility that the jabs may indeed be far more dangerous than anyone expected, including himself.

In the video, Campbell reviews the documents listed as “5.3.6. Postmarketing Experience,” which were originally marked “confidential.” They reveal that, cumulatively, through February 28, 2021, Pfizer received 42,086 adverse event reports, including 1,223 deaths.

To have 1,223 fatalities and 42,086 reports of injury in the first three months is a significant safety signal, especially when you consider that the 1976 swine flu vaccine was pulled after only 25 deaths.

As noted by Campbell, “It would have been good to know about this at the time, wouldn’t it?” referring to the rollout of the jabs. Campbell has been fairly consistent in his support of the “safe and effective” vaccine narrative, but “This has just destroyed trust in authority,” he said.

The first really large tranche of more than 10,000 Pfizer documents was released March 1, 2022. (You can find them all on PHMPT.org.19) In this batch were no less than nine single-space pages of “adverse events of special interest,” listed in alphabetical order20 — 158,000 in all!

Life expectancy depends on the amount of DNA that has been deleted. This, at bare minimum, sounds like something a pregnant woman might want to know before she gets the shot.

After reviewing some of the released CRFs in the March 1 tranche, investigative journalist Sonia Elijah also discovered several problems, including the following:23

Also, on that same day, October 28, the patient was diagnosed with pneumonia, so likely remained hospitalized. “This anomaly raises doubt as to the accuracy of these recorded dates, potentially violating ALOCA-C clinical site documentation guidelines for clinical trials,” Elijah writes.

“Inadvertently, this could have led to bias, as the unblinded teams would have been aware which participants were assigned the placebo and those who received the vaccine. They might have been under pressure by the sponsor for the trial to go a certain way and for events like ‘COVID Pneumonia’ to be classified simply as pneumonia.”

Clearly, it’s impossible for a dead person to attend a medical visit, so something is wrong here. The clinical investigator note states: “There cannot be a date later than date of death. Please remove data from the COVID illness visit and add cough and shortness of breath as AEs (adverse events).” “What kind of pressure was being exerted here?” Elijah asks.

A majority of the CRFs state 30 minutes, which raises the question: Were participants observed for adequate amounts of time, or did they simply put down “30 minutes” as an automatic entry? Why is there so little variety in the observation times? If participants were not adequately observed, their safety was put at risk, which was one of Jackson’s concerns.

Elijah writes, “Doubts can be raised over the credibility of this information given the fall and facial lacerations were intrinsically related. So, if facial lacerations were due to ‘hypotension’ then the fall should be due to that too.” Might low blood pressure be an effect of the experimental shot? Possibly. Especially when you consider the patient fell the day after being given the second dose.

Even more suspicious: the causality for the fall was recorded as “related” (to the treatment) on the serious adverse event form, but listed as “not related” on the adverse event CRF. A note states, “Please confirm correct causality.”

“All the evidence gleaned over a limited time appears to back up whistleblower Jackson’s claims of poor trial site data management and raises questions as to how Ventavia conducted the Pfizer clinical trials.

The errors and anomalies in the CRFs also allude to her claims that the clinical research associates were not trained adequately, with many having had no prior clinical experience history. If such egregious findings are true at these sites, could they manifest at other trial sites around North America and beyond?”

Can You Trust Pfizer?

Pfizer, which was quickly given emergency use authorization (EUA) for its COVID-19 mRNA gene therapy shot, has a long list of criminal verdicts against it:

Despite its tarnished history, we’re now expected to trust that everything Pfizer does is above-board. I don’t think so. A company that continues getting caught committing the same crimes over and over again clearly has a deeply established ethical rot within its corporate structure that fines simply have no effect over.Has Pfizer committed fraud in its COVID jab trials as well? It sure looks that way. Time will tell whether attorneys will have enough for a conviction in the future. If fraud did take place, Pfizer can (and likely will) be held liable for the more than one million injuries its injection has caused in the U.S. alone, and we all look forward to that reckoning.

Originally published May 17, 2022 on Mercola.com

Views expressed in this article are the opinions of the author and do not necessarily reflect the views of The Epoch Times.