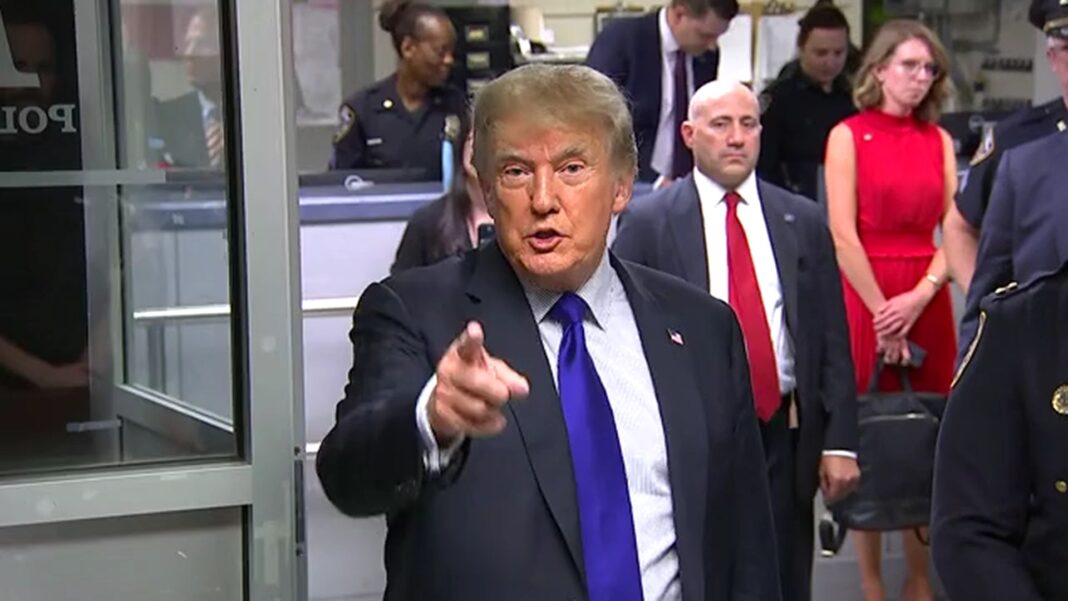 A “LASER-focused” Donald Trump is set to make a political comeback with a run for the US Presidency in 2024, according to one of his closest allies.

Jason Miller, who was Mr. Trump’s chief spokesman in the victorious 2016 campaign and senior adviser when he was defeated in 2024, told the Sunday Express that he believes the former President would beat Joe Biden easily and return to the White House. Mr Miller gave his exclusive interview to the Sunday Express on a visit to London where he was promoting a new social media platform GETTR, which is set to take on Twitter and other social media giants. He said: “I think President Trump runs again in 2024. The polling right now shows that he is actually beating Joe Biden and is well ahead.”

Mr Miller noted that a formal decision has not been made by the former US President but highlighted his recent rallies in places like Alabama where 50,000 people attended.

Many allies of the President thought that he would give up and perhaps be a kingmaker for the next Republican candidate.

And Mr Miller noted that after the defeat and failed legal challenges the former President was “only 20 percent” likely to run again.

Mr Trump took a six month break but when he reemerged “was about the time things were going wrong” for Biden.

Now he is sure that there will be a Trump 2024 campaign and he is set to win.

Mr Miller said that the unpopularity of Joe Biden ”with some of the worst ratings for a President in history” and the fact that many of Mr Trump’s predictions about what would happen have come true are behind the decision to run again.

He said: “This is why I think President Trump runs in 2024, the way he’s talked of late, the laser focus he has.

“You say things on the campaign trail such as ‘if Joe Biden is elected he’s going to push the allowed millions of undocumented illegals in the country’ or ‘if Biden is selected the Chinese will take control of everything in South China Sea’.

“You have your campaign trail hyperbole that you say but rarely does that become true.

“In almost every example that is kind of what we’re seeing has come true. This is why president Trump is so focused right now. [But] he hasn’t made a formal decision.”

Mr Miller says that the Republican nomination is there for Mr Trump’s taking if he wants it with around 60 percent of Republicans backing the former President.

Next up is Florida Governor Ron DeSantis who has won plaudits for taking on woke culture and being anti-lockdown.

He is on 13 percent and Mr. Miller believes would get the nomination  if his former boss decides not to stand.

The election strategist believes that the last US election was “legally stolen” from Donald Trump in 2020 and says he has two regrets. 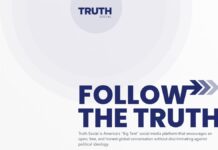 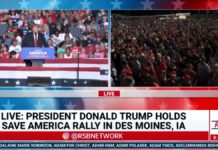