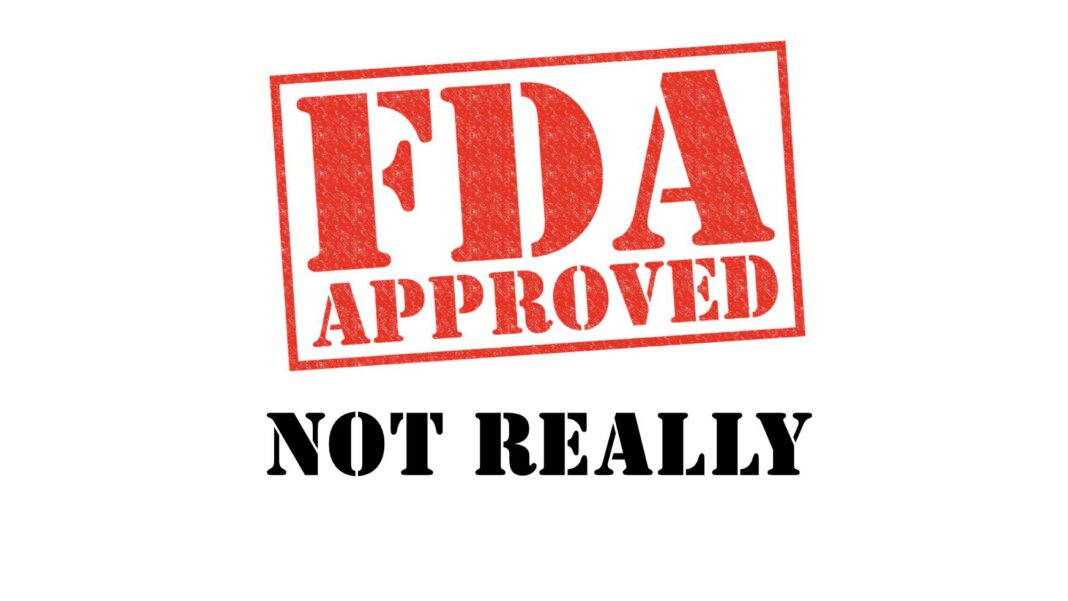 Steve Bannon: Dr. Malone, I’m a simple guy. Ah, I’m confused because of what CNBC and everybody running around with Pfizer, Pfizer, Pfizer, Pfizer. When you look at the letters the way you broke them apart, these two letters, they’ve actually, and I want to go back what you said about the data, there’s really no data, but they’ve authorized the use of a vaccine. Does that vaccine currently exist. If I want to walk down, not that I’ll do it, if I want to walk down to the doctor today and get a vaccine, can actually get the one that’s quote quote has this kind of sketchy, shady FDA approval. Is that available right now to the best of your knowledge, sir?

Dr. Robert Malone: It’s absolutely not available. So, the little trick that they’ve done here is they have issued two separate letters for two separate vaccines. The Pfizer vaccine which is what is currently available is still under emergency use authorization and it still has the liability shield. Once again the mainstream media has lied to you. I’m sorry to say that, I know it’s a shock to this viewership, but the product that’s license is the BioNtech product, which is substantially similar but not necessarily identical. It’s called Comirnaty, I think that’s how it’s pronounced, and it’s not yet available. They haven’t started manufacturing it or labeling it and that’s the one that the liability waiver will no longer apply to. So the one that’s actually license is not yet available and when it does become available it will no longer have the liability shield. In the interim, the one that does have the liability shield is the Pfizer product and that’s what’s currently available and it’s still under emergency use authorization, so that’s no change.

The press has just not done their work and figured out what’s actually going on here.

Steve Bannon: Fine, but that’s why we have geniuses like you. I just want to make sure I have some things clear to the audience. Look we’re trying to be fair to the FDA in this whole process, the CCP virus. The emergency use authorization as it currently stands by the FDA for Pfizer does not allow its use for children under 16, is that correct?

Steve Bannon: Okay, the this the, the overall blanket approval for the for the for the other one, for BioNTech or whatever it’s called, the one that’s not fully done yet. Does that include, is the way you read it, that does not include a full FDA authorization until at least 2023 or 2024 when these other studies are completed, correct?

Dr. Robert Malone: That’s the way I read it. That seems to be the way it’s written. And by the way and terms of the time lines, I just wanted to go back to that. There’s a statement that the BLA acknowledges is that’s the license for the BioNTech product. Here’s the language: BLA acknowledges long term myocardial issues with a five-year follow up which is consistent with the lower range of long-term follow-up for gene therapy products. It appears that banging on them that they haven’t applied the gene therapy checklist, may have succeeded and they appear to now, without acknowledging it, be starting to apply the requirements that are applied for gene therapy products. But in terms of the cardiac issues, they acknowledged that the myocardial issues will require a 5-year follow-up.

Steve Bannon: But once this is, once this is in place the FDA would then have to come back and issue an emergency use authorization for this for the second one for children. Correct, that’s clearly not done right now is that correct?

Dr. Robert Malone: I would imagine that what they will do is an emergency use authorization for the Pediatric population for Pfizer, so that will keep Pfizer indemnified because that’s something the Pfizer has been seeking in all of their worldwide contracts with other governments, is full indemnification. They will not sell you vaccine unless you waive liability, if your government head of state or whatever. So that’s the Pfizer position, is we don’t want to own the liability here. And, you know, that raises the question what is it their so scared about. If these are fully safe vaccines, why does Pfizer believe that it has to have liability protection?

On the Aug. 24 morning edition of “War Room: Pandemic,” vaccinologist Dr. Robert Malone called out the Food and Drug Administration for playing a “bureaucratic shell game” with their supposed early approval of the Pfizer Covid-19 vaccine.

“The liability coverage, the blanket coverage that allows Pfizer to not be liable for any adverse event, only applies to the Pfizer product, which is still under emergency use authorization.”

Therefore, Malone recommends that anyone who has to get the vaccine “hold off” for the BioNTech   product. “That’s the one that will no longer have liability protection in the same way the the Pfizer emergency use authorization does.”

In other words, if something goes wrong, you cannot sue Pfizer if you use that company’s vaccine, but you will be able to sue BioNTech if you use their product.

The two letters are available for download from FDA:

These points are an aggregate of many minds, including Dr. Robert Malone.

(August 23, 2021) There are now TWO LEGALLY distinct (Pfizer vs. BioNTech), but otherwise identical products, based on two FDA letters, as well as a FDA press release. The analysis of these FDA products below is preliminary and subject to change.