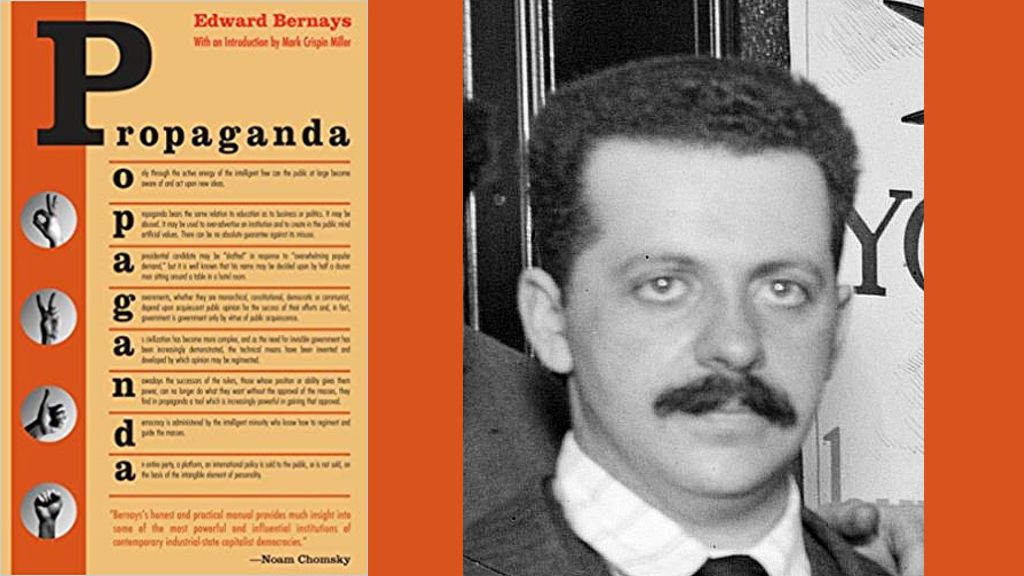 “Bernays’ honest and practical manual provides much insight into some of the most powerful and influential institutions of contemporary industrial state capitalist democracies.”—Noam Chomsky

“The conscious and intelligent manipulation of the organized habits and opinions of the masses is an important element in democratic society. Those who manipulate this unseen mechanism of society constitute an invisible government which is the true ruling power of our country.”—Edward Bernays, Propaganda

A seminal and controversial figure in the history of political thought and public relations, Edward Bernays (1891–1995), pioneered the scientific technique of shaping and manipulating public opinion, which he famously dubbed “engineering of consent.” During World War I, he was an integral part of the U.S. Committee on Public Information (CPI), a powerful propaganda apparatus that was mobilized to package, advertise and sell the war to the American people as one that would “Make the World Safe for Democracy.” The CPI would become the blueprint in which marketing strategies for future wars would be based upon.

Bernays applied the techniques he had learned in the CPI and, incorporating some of the ideas of Walter Lipmann, became an outspoken proponent of propaganda as a tool for democratic and corporate manipulation of the population. His 1928 bombshell Propaganda lays out his eerily prescient vision for using propaganda to regiment the collective mind in a variety of areas, including government, politics, art, science and education. To read Propaganda today is to frightfully comprehend what our contemporary institutions of government and business have become in regards to organized manipulation of the masses.

This is the first reprint of Propaganda in over 30 years and features an introduction by Mark Crispin Miller, author of The Bush Dyslexicon: Observations on a National Disorder.

Mark Crispin Miller is Professor of Media, Culture and Communication at New York University. He is the author of several books, including ‘Boxed In: The Culture of TV;’ ‘The Bush Dyslexicon: Observations on a National Disorder;’ ‘Cruel and Unusual: Bush/Cheney’s New World Order’ and ‘Fooled Again: The Real Case for Electoral Reform.’ He is also the editor of ‘Loser Take All: Election Fraud and the Subversion of Democracy, 2000-2008.’ His essays and articles have appeared in many journals, magazines and newspapers throughout the nation and the world, and he has given countless interviews worldwide.