Elon Musk in a countersuit has accused Twitter executives of fraudulently presenting an undercount of fake users, known as bots.

Twitter in July sued Musk for withdrawing from a $44 billion acquisition agreement, alleging he breached the agreement.

In the counter-filing, entered under seal last month and obtained by The Epoch Times on Aug. 5, Musk says he relied on statements from Twitter to the U.S. Securities and Exchange Commission about key components of the company, such as the percentage of fake and spam accounts and moderation practices.

But once Musk entered the agreement, he found that the technology company refused to provide access to the company’s books and records to verify the information.

“The more Twitter evaded even simple inquiries, the more the Musk Parties grew to suspect that Twitter had misled them,” the countersuit says.

One key statistic: 238 million monetizable daily active users (users who actually see ads on the platform and thus would be considered monetizable). But that number is an overcount because there are more false and spam accounts on the platform than Twitter says, according to the filing.

There are just 173 million monetizable users and most ads are shown to less than 16 million, it says.

Twitter has said under 5 percent of its users are bots.

Musk, in a meeting in May, attempted to understand how Twitter reached that percentage. He “was astonished to learn just how meager Twitter’s processes were,” the countersuit says. Musk learned that human reviewers look at a sample of just 100 accounts, and that Twitter executives weren’t able to say how the accounts in the sample were selected.

“Unlike other platforms, Twitter did not send email, text, or other push notifications to users to verify them. Musk realized that, at best, Twitter’s reliance on and touting of its process was reckless; at worst, it was intentionally misleading,” the filing states. “Since then, Twitter’s disclosures have slowly unraveled, with Twitter frantically closing the gates on information in a desperate bid to prevent the Musk Parties from uncovering its fraud.”

By Zachary Stieber and Naveen Athrappully 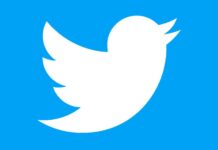