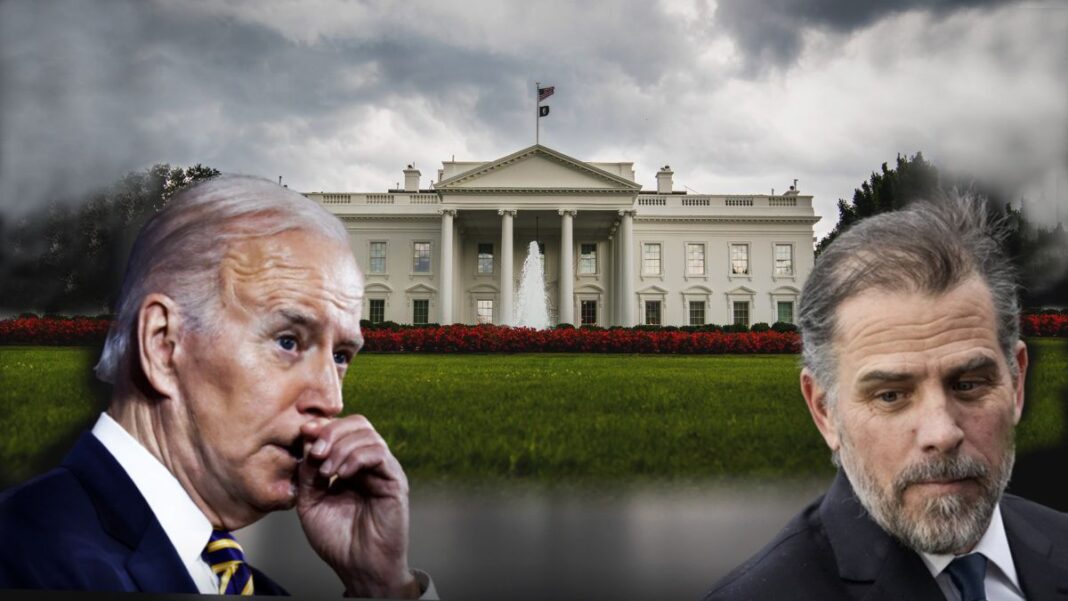 Hunter Biden appears to have been present at meetings between University of Pennsylvania President Amy Gutmann and his father, then-Vice President Joe Biden, at the White House, according to emails obtained from the first son’s hard drive.

The revelation comes amidst controversy and legal scrutiny over the continued discovery of classified documents at the Washington, D.C. office of the Penn Biden Center for Diplomacy and Global Engagement.

War Room can now reveal a relationship between Hunter Biden, who notoriously retains close financial and business ties to the Chinese Communist Party, and Gutmann. Gutmann served as the President of the University of Pennsylvania from 2004 until she was confirmed as the Ambassador to Germany in 2022.

Gutmann’s nomination for the role – which she had no “professional expertise” for according to Politico – came after she was identified as blocking investigations into tens of millions of dollars from anonymous Chinese donors flowing into the Ivy League university. It is unclear whether or not the money, and if so, how much, ended up at the Penn Biden Center.

An email obtained from the president’s son’s hard drive reveals that on April 15th, 2016 Hunter Biden had a meeting scheduled with his father and Gutmann at the “WH,” which appears to be a reference to the “White House.”

The email, from Vice President of Rosemont Seneca Advisors Joan Mayer, is outlining Hunter Biden’s schedule of meetings for the week.

“10:45am– Meeting with Dad and Amy Gutmann- WH (I will let Kathy know you are attending),” wrote Mayer in the email.

In a separate email written by Hunter Biden’s ex-wife Kathleen, she refers to the Penn President as someone she and Hunter Biden feel “very close” to:

“Hunter and I feel very close to Amy and truly love Penn.”

The event referenced in the email above appears to be an April 21st dinner at the posh Washington, D.C. restaurant Cafe Milano. Additional emails provide insight into the dinner, as Penn’s Executive Director Paula Clark discussed with Kathleen Biden how “when we last met, you had very generously offered to perhaps host a small dinner or a reception for President Amy Gutmann in Georgetown at a restaurant.”

The dinner appears to have taken place on April 21st.

In the lead-up to the event, additional emails show Clark even inquiring if then-Vice President Biden could attend, writing the following to Kathleen Biden:

“Amy Gutmann would love it if you hosed the Penn Dinner in a private room at Cafe Milano. She, so course, would also love to see your father in law too! Do you think he might stop by? Or come? (she knows how busy he is…)”

Hunter and Kathleen Biden also appeared to propose a more intimate dinner only involving Gutmann, Vice President Biden, and his wife, Jill Biden, as opposed to a larger dinner at Cafe Milano.

“Maybe just ask her if Amy would rather just do dinner with mom dad and us – or if she wants we can do the larger dinner,” Hunter Biden wrote.

The latter suggestion materialized, though a guest list could not be located on the hard drive.

The aforementioned emails indicate that Gutmann’s ties to the Biden family extend beyond Joe Biden but also involve his son, Hunter. This relationship poses a conflict of interest in light of Penn’s suspicious Chinese funding and Hunter Biden’s financial ties to the Chinese Communist Party, including companies linked to espionage operations.