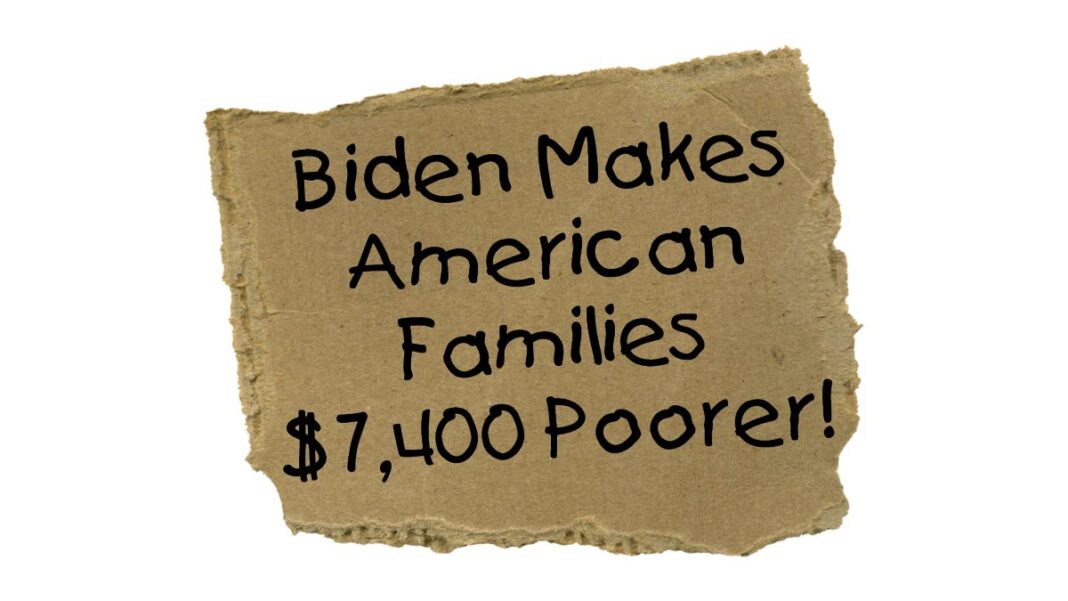 WASHINGTON—New data released Thursday showed prices have risen 13.7% since President Biden took office, as measured by the consumer price index (CPI). The overall price level declined 0.1% last month but increased 6.5% in 2022, a year which saw four-decade-high inflation. Even as the increase in the CPI slows, many consumer staples remain highly elevated compared to the start of the Biden administration: eggs are up 189.9%, ground beef 21.1%, gasoline 44.3%, electricity 21.3%, transportation services 19.5%, and housing 11.8%.

“Biden’s presidency has been marked by excessive spending, borrowing, and printing of money by the federal government. The result has been an appalling rise in inflation to levels not seen in 40 years.

“If you are wondering where the government got the trillions of dollars in extra spending over the last two years, they are taking it out of your hide right now through the hidden tax of inflation. Every time you put gas in your tank or groceries in your back seat, you are paying Biden’s inflation tax.

“Prices have risen so much faster than wages that the average family has lost $6,000 in purchasing power. As the Federal Reserve belatedly raises interest rates to fight the very inflation it helped cause, interest rates are rising fast, increasing borrowing costs by $1,400. Combined with falling real wages, the average family has effectively lost $7,400 in annual income since Biden took office.

“It is imperative that conservatives in Congress stop the profligate spending which is the ultimate cause of both the inflation and interest rate hikes plaguing Americans’ finances.”

Last November, the American people voted for new leadership in the U.S. House to fix the economy and other pressing issues in America. The new Congress must address the Biden administration’s poor economic policies, restore fiscal sanity, and safeguard our country’s future.