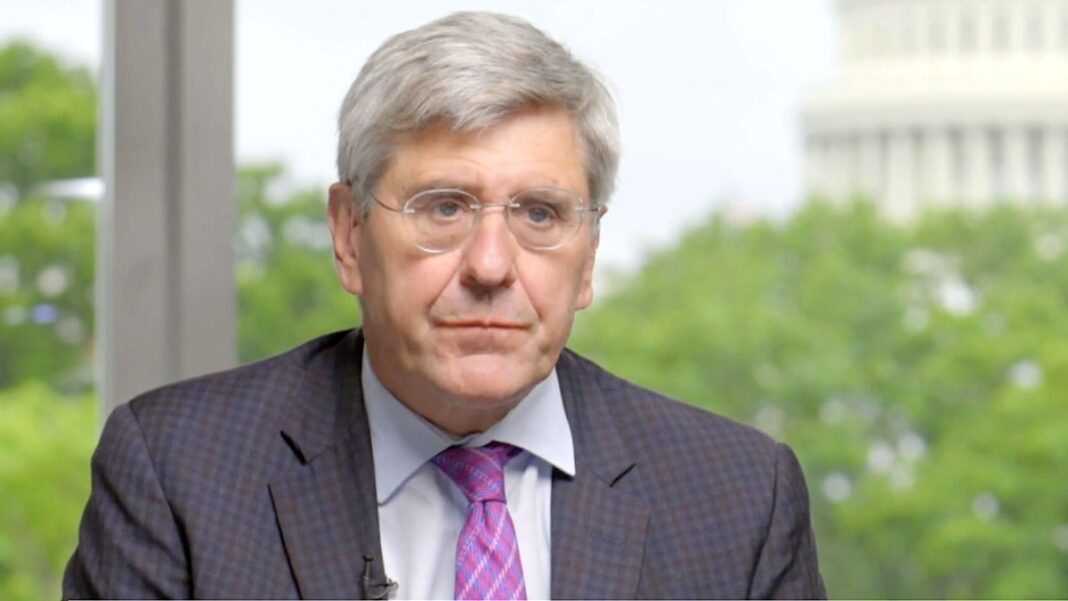 “The whole idea of the American Constitution was to really limit the spending and the power of the federal government,” Moore told NTD’s “Fresh Look America” program in an interview aired on July 4.

“Somehow [there’s] the idea that making government bigger is going to solve our problems. No, it’s making us less free, it’s making us poor, and it’s eroding the very freedoms that made America a special place,” said Moore.

Moore said the government expanded by increasing its spending, such as in the years after the 2008 crisis.

“When the 2008 crisis hit, we made a lot of mistakes,” said Moore. “We started bailing out firms. We should have just suspended the income tax for a year. It would have been cheaper than all the bailouts. And that would have really inspired people to go out and work and start new businesses or recapitalize the country.”

Moore said the Obama administration spent about $1 trillion on his stimulus programs, and now “we want to spend 3, 4, or $5 trillion.”

Moore recalled that when he came to Washington in 1984, the national debt was a little over $1 trillion. Now it’s over $30 trillion.

“So you just have this massive growth of government,” said Moore. “Washington is just sucking power from the rest of the country. It’s like we’re paying our tribute to Washington. They’re supposed to work for us, but we’re working for them now.”

It’s not surprising that three counties in the D.C. area are among the wealthiest in the nation, Moore said, pointing out that Washington produces “lawyers, laws, regulations, and bureaucrats.”

Forbes reported that Loudoun and Fairfax in Virginia and Howard in Maryland are among the top ten richest counties.

By Harry Lee and Paul Greaney