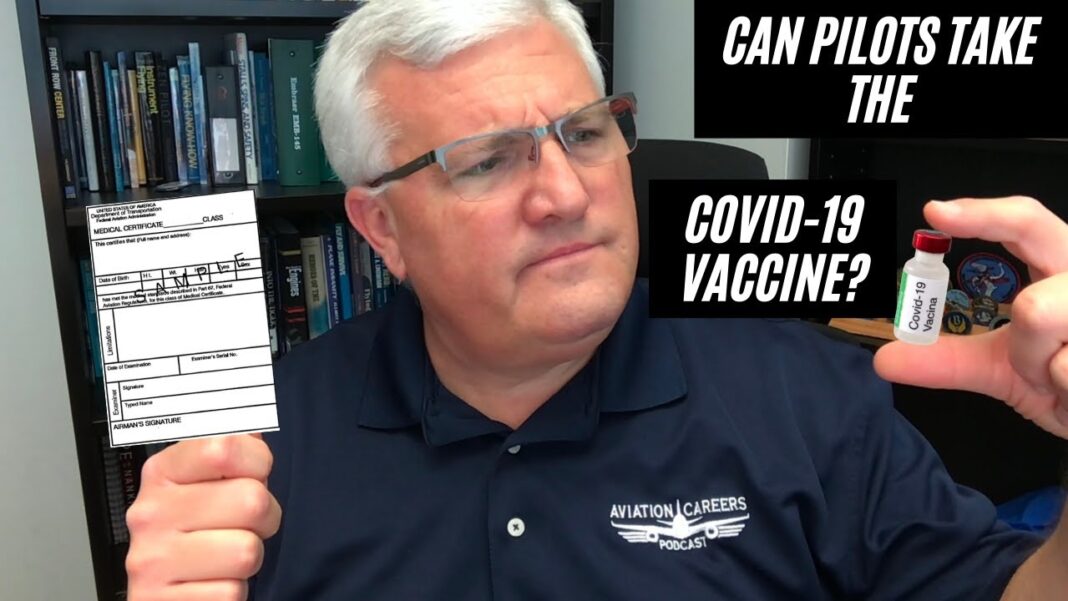 The FAA (Federal Aviation Administration) is breaking its own rule that states pilots should not fly after having taken medications that have been approved for less than a year, according to a group of attorneys, doctors, and other experts; including a pilot who says his career ended due to adverse reactions from a vaccine.

Airlines, which are government contractors, are affected by President Joe Biden’s order from September that states all employees of those companies have to be vaccinated against the CCP virus.

The group of attorneys and doctors wrote a letter directed at the FAA, the Department of Transportation, the Department of Justice, as well as several airlines, demanding that they medically flag all vaccinated pilots and have them re-examined for blood clotting problems as well as their cardiac health.

“The Federal Aviation Agency is charged with ensuring the safety of the flying public. Instead, as we speak the FAA, as well as the commercial airline companies, are acting in contravention of their own federal aviation regulations and associated guidance which tells medical examiners to NOT issue medical certifications to pilots using non-FDA approved products,” human rights attorney and primary author of the letter, Leigh Dundas, told The Epoch Times via email.

“The title of the section I’m talking about literally says ‘Do Not Issue—Do Not Fly’ and then instructs medical examiners to ‘not issue’ medical certifications to pilots using products that the FDA ‘approved less than 12 months ago.’ … The pilots are flying with products which are not even recently approved—in violation of the above wording—they are flying with injections in their bodies which were NEVER approved by the FDA at all (as no COVID vaccine which is commercially available in the U.S. has received FDA approval),” Dundas said.

Amid widespread confusion about the availability of the FDA-approved Pfizer vaccine, The Epoch Times did an investigation in October and discovered that the approved Comirnaty version of the vaccine was still not commercially available in the United States. Pfizer says it’s the same vaccine that originally received emergency use authorization.