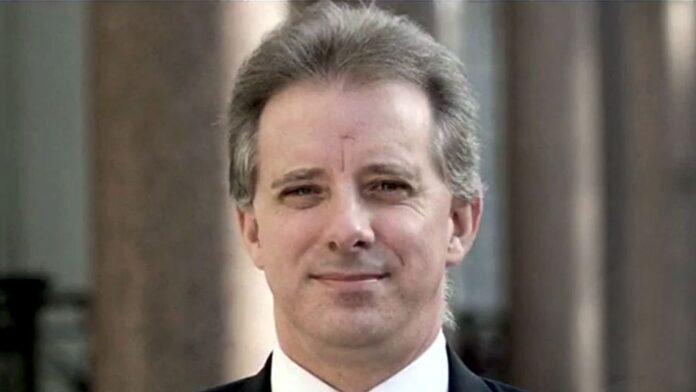 A bombshell revelation in the remaining FBI documents on Russia collusion shows that the entire narrative was created and leaked to the news media to neutralize Hillary Clinton’s concern that her email scandal hadn’t gone away.

“I believe that Crossfire Hurricane was one of the most incompetent and corrupt investigations in the history of the FBI and DOJ,” said Graham (R-S.C). “The FISA court was lied to. Exculpatory information was withheld on those being investigated. The investigators, with some notable exceptions, were incredibly biased and used the powers of law enforcement for political purposes.”

Shortly before the FBI used his dossier to secure a surveillance warrant targeting the Trump campaign, Christopher Steele met with State Department officials and relayed information suggesting Moscow was running an operation out of the Russian consulate in Miami.

There was just one problem with his intelligence: The Russians didn’t have a consulate in Florida’s largest city.

The anecdote, captured in contemporaneous memos and newly released testimony, illustrates just how bad some of Steele’s intelligence reporting was and how widely that was known inside the FBI, even as the Foreign Intelligence Surveillance Court was being assured by the bureau that Steele was deemed credible and there was no derogatory information about his work.

Kenneth Laycock, the FBI’s current Executive Assistant Director, was a section chief for Eurasian intelligence in fall 2016 when Steele made a visit to Deputy Assistant Secretary of State Kathleen Kavalec at the State Department.

During the October 2016 meeting, Steele admitted he was leaking to the news media while working as an FBI informant, a violation of his confidential human source agreement. (He later was terminated for it.) And he also relayed the anecdote about the Russian operation out of the Miami consulate, which officials immediately flagged as false, according to Kavalec’s own notes of the meeting.

“It is important to note that there is no Russian Consulate in Miami,” Kavalec wrote.File KavalecLessRedactedMemo.pdf

Laycock said Kavalec relayed her concerns to the FBI and that others working on the now-discredited Russia collusion investigation codenamed Crossfire Hurricane were also aware of Steele’s mistake.

“Do you recall — just trying to jog your memory here in case you do recall — Ms. Kavalec conveying information to you that Steele conveyed to her information about a Russian consulate being located in Miami and that was an inaccurate assessment on Steele’s part?” a Senate investigator asked Laycock in testimony taken last year but made public on Friday by the Senate Judiciary Committee, “I recall a conversation about a consulate in Miami independent of what she had mentioned regarding what Mr. Steele said to her,” Laycock answered.