A Food and Drug Administration (FDA) advisory panel voted unanimously on Thursday to recommend the agency let millions of Americans get a booster of Moderna’s COVID-19 vaccine.

The 19–0 vote came after hours of discussions and presentations in an all-virtual meeting.

Moderna officials presented data from clinical trials, including a small trial that studied the safety and effectiveness of a booster, as did officials from Israel, one of the first countries in the world to start giving boosters, and the FDA, which performed an analysis of Moderna’s data but did not support or oppose the company’s application for an emergency use authorization expansion.

The FDA can overrule the panel’s recommendations but rarely do so. If the recommendations are approved, everybody 65 and older will be able to get a Moderna booster if they received a primary Moderna series. So will people between the ages of 18–64 deemed “at high risk of severe COVID-19” or whose “frequent institutional or occupational exposure to SARS-CoV-2 puts them at high risk of serious complications of COVID-19.”

SARS-CoV-2 is another name for the CCP (Chinese Communist Party) virus, which causes COVID-19.

The boosters would be a 50 microgram dose for people six or more months after they received their second dose, which is itself typically administered one month after the initial jab.

The primary two-dose series is 100 micrograms each.

Moderna said its small trial, consisting of just 171 people who got the regular primary series and a half-dose booster, showed a smaller amount could still bolster protection against CCP virus infection.

Officials discussed how data from other trials signal the vaccine is still holding up well against severe disease but that there’s been plummeting effectiveness against infection, particularly after the Delta variant became dominant in the United States.

Some panel members struck a skeptical tone on widespread boosters, pointing to the small number of people who got another shot and were studied and highlighting how some populations, including young, healthy people, don’t seem to need another shot. 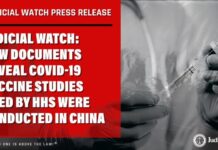