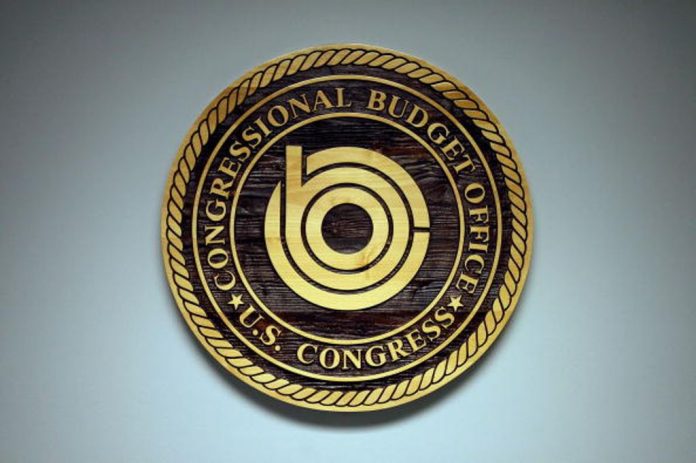 The following editorial appeared recently in the Miami Herald:

Last week, just in time for the conventions of the nation’s two major political parties, the nonpartisan Congressional Budget Office sent a message that significantly raises the stakes regarding the fiscal crisis looming at the end of the year.

If Congress takes no action to stave off tax increases and automatic budget cuts scheduled to take effect on Jan. 1, the CBO declared, the economy could plunge into a recession. Reading between the lines, it’s clear that the CBO believes there’s no “could” about it — bet on a recession and all its accompanying miseries if Congress doesn’t take action to stop the upcoming disaster.

The customary summer report of the CBO predicted the jobless rate would remain above 8 percent for the rest of the year because it’s too late to do anything about that, and that the federal budget deficit for the year that ends Sept. 30 would be $1.1 trillion.

That’s nothing to cheer about. But what’s coming up at the end of the year — the so-called “fiscal cliff” — is even worse.

Under current law, if Congress and the president can’t come up with a fix, unemployment would rise almost a full point from the current 8.3 percent to 9 percent. Total economic output would shrink at an alarming rate — 2.9 percent in the first half of the year. This is much darker than the earlier forecast by the CBO back in January.

The “fiscal cliff” is the result of the stop-gap budget deal Congress and President Obama reached last year in order to avoid another crisis and allow the government to pay its bills. It mandates serious belt-tightening in the form of government spending, including expenditures in defense and public services that would be felt right away by many Americans. At the same time, new tax increases would come into play as the Bush tax cuts expire.

Predictably, the CBO’s warning set off the usual round of finger-pointing and stale rhetoric. Republicans in Congress, led by Speaker John Boehner, said the report points up the urgency of preventing all tax increases, including for those families earning more than $250,000 a year. Democrats, including the president, said the report underscores the need for Congress to make a sensible budget deal that allows the middle class to keep existing tax rates, while those earning higher salaries would have to pay more.

Despite the warning, the CBO report failed to bring the two parties any closer toward the negotiating table, where they can reach a workable agreement to give Americans — particularly the private sector — some certainty over where the economy is headed.

If Democrats and Republicans refuse to budge, there is no way for Americans to make a sensible plan for the future. Hire more employees? Invest? Borrow to expand the business? Stand pat and do nothing? Sell the house? There’s no way to guess what’s coming.

Lawmakers have to decide. They can allow current policy to go into effect, which means tax increases for everyone and spending cuts that would reverse the recovery. Or they can cancel the upcoming cuts and tax increases, which would increase the deficit.

Neither of those makes sense. The only practical alternative is for the parties to sit down like adults and hammer out a pragmatic plan that spreads the pain evenly and offers future deficit reduction and economic growth. But there’s not much time left to make a deal. If Democrats and Republicans are determined to have a “Thelma and Louise” moment, they will take the economy, and the American people, over the cliff with them.