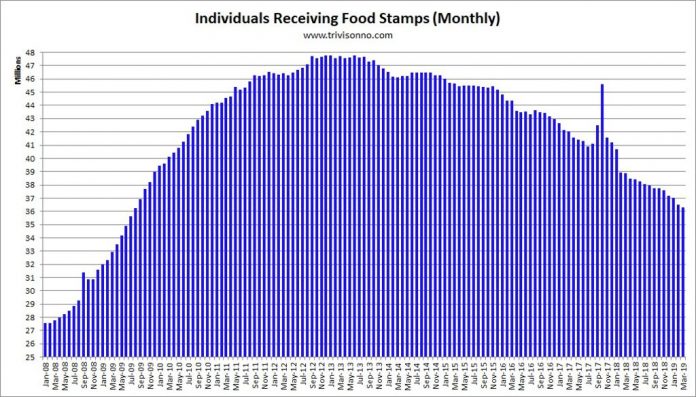 Food Stamp usage skyrockets to highest level in U.S. history, $6.28 billion. More than 47.1 million Americans are enrolled in the program.

These charts show the number of Americans receiving food stamps as reported by the United States Department of Agriculture. As of the latest data released on November 9, 2012, the total is 47.1 million, which is more than the entire populations of many large nations.