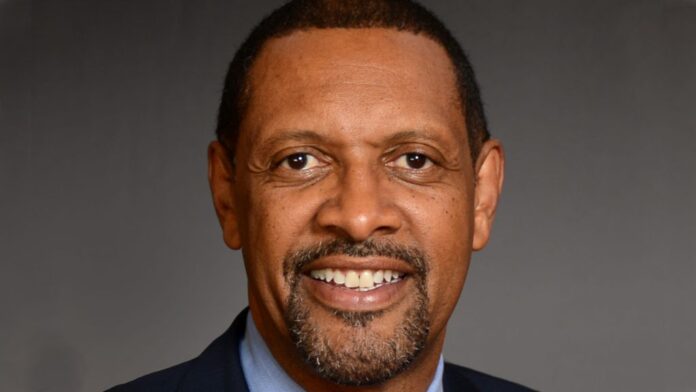 Jones, a former state representative, said on Twitter that he would announce his candidacy at a news conference on Friday at the state Capitol.

“In the midst of a battle that will determine the future of not just Georgia, but the future of America and our great experiment known as Democracy, we need a fighter for Georgia,” Jones said in the tweet.

The location is set, Mr. President. I hope to see my fellow Georgians at Liberty Plaza at 10am as I share my plans for the future of this state.

Last year, Jones broke party ranks with Democrats to endorse former President Donald Trump’s reelection, saying that he was supporting Trump because of the Republican president’s handling of the economy and his criminal justice reform efforts.

“There are a lot of African Americans who clearly see and appreciate he’s doing something that’s never been done before,” Jones said at the time.

Jones’ endorsement of Trump was quickly blasted by Georgia Democrats. Sen. Nikema Williams issued a statement calling Jones an “embarrassment” and said he “does not stand for our values.”

In response, Jones said that he would resign, saying that his “first amendment right to freedom of speech is under siege,” he changed his mind because he received “overwhelming” support from his constituents and served the rest of his term.

The former lawmaker then became the only Georgian to speak at the Republican National Convention, saying that said the Democratic Party has been “infected with a pandemic” of intolerance, bigotry, socialism, anti-law enforcement bias, and a “dangerous tolerance for people who attack others, destroy their property, and terrorize our own communities.”

On Jan. 6, Jones announced that he would be officially be switching his political affliction to the Republican Party, saying that Republicans were “in desperate need of leaders that know how to fight.”

Moments ago, I announced that I am officially joining the Republican Party.

Now more than ever, the Republican Party is in desperate need of leaders that know how to fight.

I know how to fight.