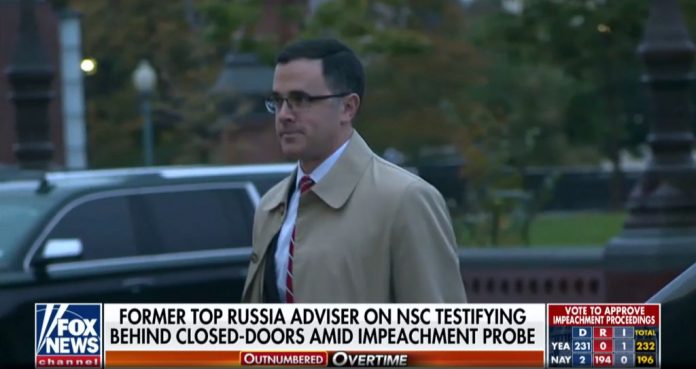 Catherine Herridge reports from Capitol Hill that former top Russia adviser on NSC Timothy Morrison testifies and said he was immediately concerned that the Trump-Ukraine call would be leaked into a ‘highly polarized’ environment. He was concerned the call would have an impact on bi-partisan support for the Ukraine and he was also concerned about how it might affect Ukraine’s perception of the United States. Morrison was asked if there was anything illegal or an “inappropriate” demand on the call and his response was “no”.

Chief intelligence correspondent Catherine Herridge has the details on the conflicting testimony.