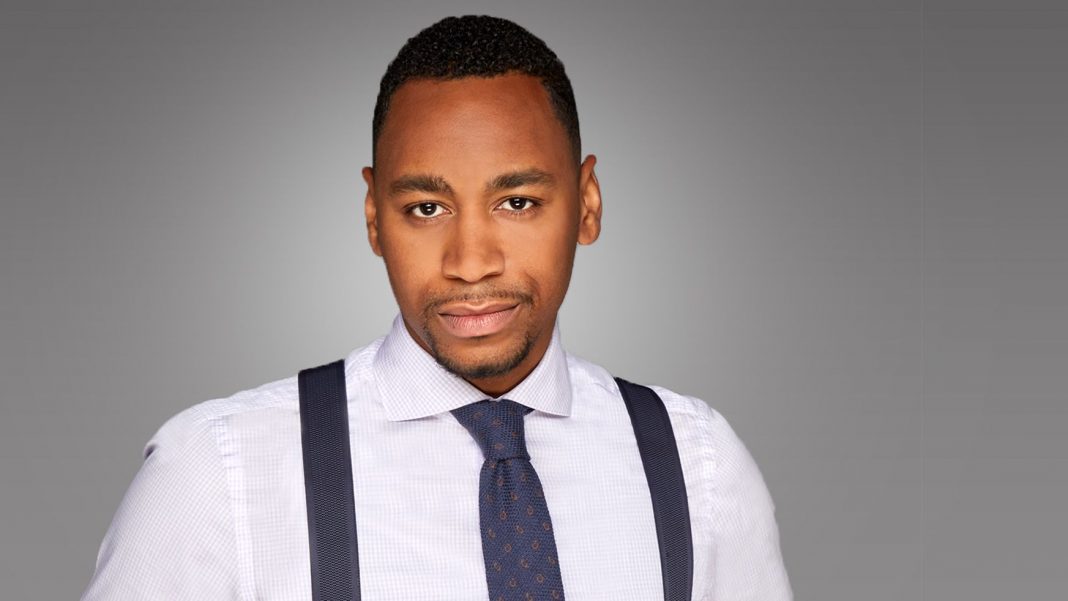 Gianno Caldwell is a TV host, political analyst for Fox News, and the founder of Caldwell Strategic Consulting, a bipartisan firm in Washington, D.C., that provides strategic advice and consulting in the areas of public affairs.

Raised on the southside of Chicago, Gianno got his first job in politics at fourteen when he walked into the local alderman’s office in the hopes of making the world a better place. For the next seventeen years, Gianno has held various leadership roles at the federal, state, and local levels. His work in politics and consulting eventually led to becoming an on-air analyst and host for radio and television.

Gianno’s first book, TAKEN FOR GRANTED: How Conservatism Can Win Back the Americans That Liberalism Failed largely recounts his childhood in streets filled with violence, poverty, and drugs (including his own mother’s addiction) and the way in which conservative values helped him achieve his dreams in reaching DC and Los Angeles. His hope is that other Americans will be motivated by his journey and focus again on faith, hard work, and self-determination.

In addition to his TV work, Gianno has been an opinion contributor for The Hill, providing commentary on political, financial, and cultural issues. He is also a special correspondent for Extra TV, where he coverings red carpets in Hollywood and Washington, D.C. He is also a noted public speaker, appearing at events across the country discussing everything from federal politics and policy and drugs addiction in America to the conservative movement or the steps of living outside the box and being unrealistic with your life’s work.

Gianno Caldwell is founder at Caldwell Strategic Consulting. This bipartisan firm headquartered in Washington, D.C., provides strategic advice and consulting in the areas of Public Affairs and Government Relations. Gianno has held a role on behalf of a member of Congress as well as roles at the federal, state, and local level reflecting over 15 years of total experience and seven years of legislative experience culminating in the recognition of his ability to effectively create legislative strategies and build bipartisan coalitions. Gianno is a Fox News Political Analyst who frequently provides analysis and commentary on political, financial and cultural issues. In addition, Gianno is a Special Correspondent to Extra TV covering red carpets in Hollywood and Washington, DC. He is also a contributor to the Hill Newspaper. His opinions are sought out on a wide variety of topics including domestic policy, the economy and Congress. In addition, Gianno is Porsche Power 30 under 30 as well as Red Alert Politics 30 under 30 award recipient for 2016.

From Gianno’s proven success at the local level, Gianno went on to serve as a Legislative Liaison to the Illinois State Treasurer. In this role, Gianno was keenly responsible for successfully advancing venture capital legislation that was signed into law, an effort unsuccessfully attempted by the two previous administrations. The Illinois State Treasurer has the responsibility of investing more than 17 billion in state funds and as his advisor on banking; financial services; tax; healthcare; pensions; gaming; and venture capital related legislation, the signing of this law allowed for the investment of state funds along with private capital into Illinois based technology startup companies. From working at the State and local levels, Gianno was requested to continue to support Illinois interests in Washington, D.C.

As a Legislative Intern, Gianno worked on behalf of Congressman John Shimkus, assisting with the research and analysis of health, energy, and telecommunications legislation. Understanding the intricacies and complex nature of these fields, Gianno wrote a state impact analysis on the implementation healthcare exchange legislation. The impact analysis and profile was then developed into briefing materials and talking points for the Energy and Commerce health subcommittee. Additionally, Gianno composed an analysis on proposed federal legislation that would impact the state of Illinois’ Medicaid program which required the state of Illinois’ Medicaid budget to be analyzed and measured to provide a cost benefit analysis.

Prior to these roles, Gianno worked for the Social Security Administration leaving the agency after nearly seven years of service in numerous positions. In his last role with the administration he worked as a Senior Legal Analyst to the former Federal National Medicare Chief Judge. In 2011, Gianno served as the Director of African American Outreach for the DuPage County Republican party, the largest Republican county organization in Illinois. Additionally, Gianno served on Mitt Romney’s 2012 campaign for President as an advance staffer. Gianno is a native Chicagoan and holds a Bachelor’s of Science in Psychology from Grand Canyon University. Follow him on Instagram and Twitter @GiannoCaldwell.