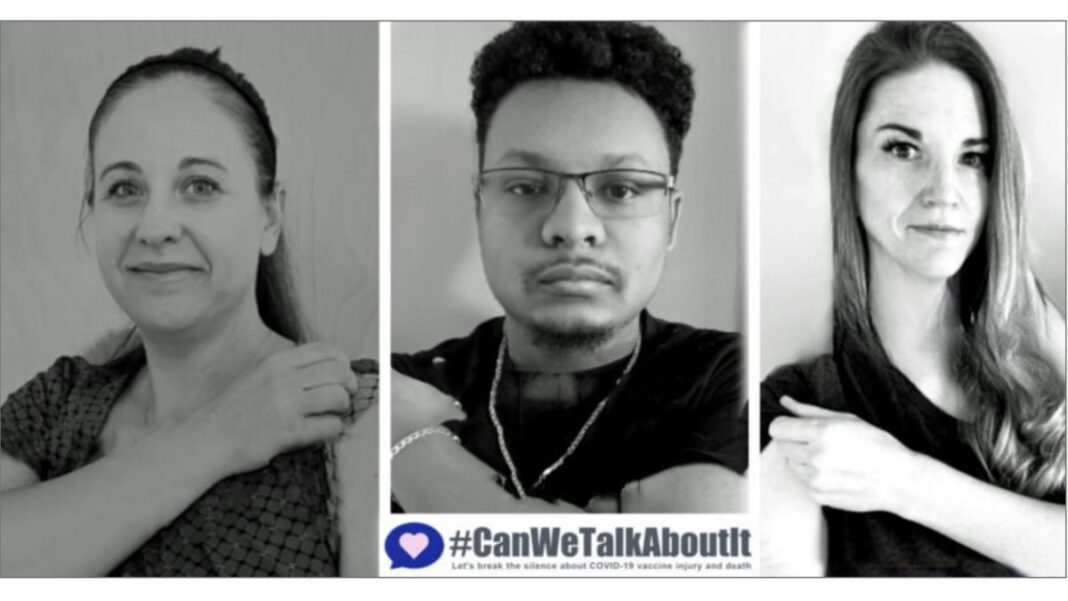 The founders of a new online campaign — #CanWeTalkAboutIt — hope to break the culture of silence around COVID-19 vaccine injuries by encouraging people injured by the vaccines to share their personal stories.

Launched last month with a live online “Let’s Talk” webcast, #CanWeTalkAboutIt brings together the vaccine-injured with medical experts willing to speak out about the risks of COVID-19 vaccines.

The campaign also seeks to help people injured by the vaccines network and locate resources and information in their own countries and communities.

It also invites them to submit a black-and-white photo, with their right sleeve rolled up, wearing a band-aid to symbolize that they got the vaccine, and share the post, with a short description of the injuries they experienced, on their social media networks with the #CanWeTalkAboutIt hashtag.

In an interview with The Defender, Agnieszka Wilson, one of the founders of the campaign, said she became aware of questions surrounding the safety of various vaccines after sustaining a probable vaccine injury — rheumatoid arthritis, which she developed after she got the Tdap vaccine — during her pregnancy.

This incident led her to discover the silence that often accompanies vaccine injuries.

“If you take a headache pill and you see that there’s a side effect that makes your skin blue, then you obviously might say ‘okay, it might be from that, right?’” Wilson said. “But when it comes to vaccines, you can’t really talk about these things.”

Wilson said that the silence led her to do her own research on vaccine injuries.

“That’s when I dug into this whole new level of silence that I didn’t know about, regarding vaccines,” she said.

Wilson said that she wanted to do more than just conduct her own research. She wanted “to do something about it,” she said — which led her to start the New York Medical Freedom Coalition when she lived in the U.S.

After returning to her native Sweden, Wilson launched her own interview program, the “Aga Wilson Show,” on which she interviews doctors and scientists.