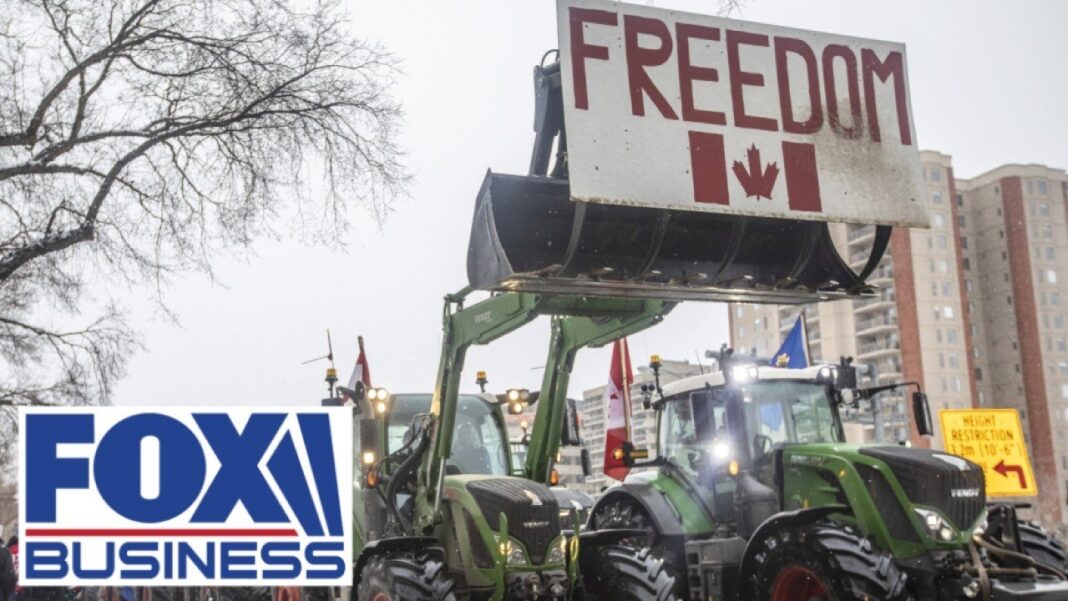 Woody Guthrie and Pete Seeger must be turning over in their graves.

Bernie Sanders must be having sleepless nights.

The left-wing anthem “Which Side Are You On?” is no longer about whether you’re a “union man” or a “thug for J.H. Blair.” It’s about the size of your stock portfolio or when to go public with your start-up.

The oh-so-progressive GoFundMe crowd-funding site—run by about as pure a group of upscale lefty elitists as you could invent, with its CEO being a former a consultant for the multimillion-dollar drug pushers at McKinsey—has turned against those lowly 16-hour-a-day working-stiffs, the Canadian truckers, for deigning to risk their jobs and livelihood to protest vaccine mandates.

At first, calling the truckers occupiers and accusing them—without the slightest proof—of violent acts, GoFundMe essentially absconded with the US$8 million donated to the truckers through its site and peremptorily decided to distribute the money to charities of its choice (one can only imagine).

Sounds like “misappropriation of funds,” at the minimum, and possibly fraud. Don’t these people have lawyers? But worse than that, it was one of the more clueless readings of public sentiment in recent years—and there have been many.

Maybe it’s because those lefty elitists on their board don’t do much shopping on their own, send assistants to the supermarkets for food, and don’t see the empty shelves, so they think they can push the truckers around. That’s an explanation, anyway, but blowback happened fast enough that GoFundMe quickly rescinded its “charitable” decree and promised to return the money to the donors.

Meanwhile, Florida Gov. Ron DeSantis called for an investigation of GoFundMe (when are we going to start calling him “America’s governor”?), as have officials in Georgia.

Good for them, but what interests me here is how it came to be that supposedly left-leaning organizations, indeed basically the entire modern-day American left, came to be so anti-working class.

It could be a “Just So Story” in a style reminiscent of “How the Camel Got His Hump” or “How the Leopard Got His Spots,” although far less beguiling and humorous than Rudyard Kipling would have made it. (Kipling, whose stories many of us enjoyed as children, has become a particular target of those fun suckers known as the “woke.”)

GoFundMe versus the truckers may prove to be a paradigm case for our time—and it’s about class.

To understand it, you have to go back to the man who started it all, Karl Marx, who expected his communist revolution to begin in heavily industrialized Germany.

He was wrong, of course. It began in the much less developed and largely agrarian Russia. In Germany, the working class was not nearly as attracted to his theories as he had hoped. The majority rejected them.

This trend continued as communism did better in poorer countries (China, Cambodia) than it did in the industrialized West, where it was supposed to take hold.

This failure was not lost on a group of intellectuals known as the Frankfurt School, who brought their revised Marxian theories designed to succeed where the working class approach had failed—notably via the so-called march through the institutions (media, entertainment, education)—to the United States at the end of World War II.

This indeed was an intellectuals-first revolution, and it has succeeded almost completely in our university system, where their “critical theory” dominates. They also succeeded, to lesser but still powerful degrees, in turning the media and entertainment, pretty much destroying Hollywood in the process. Why would the Chinese object?

This was clearly a top-down revolution, with elites dictating to hoi polloi what they should think and how to behave. In the way of the world, those elites also became increasingly rich, richer than anyone else in the history of the human race (the likes of Bezos, Zuckerberg, Gates, et al.). They knew best. (Someone should write a book about that.)

In the process, the working class, what Amity Shlaes earlier called “The Forgotten Man,” was forgotten.

Which brings us to the truckers. This time—I think, hope, and pray—these elites have gone too far. The yawning gap between them and the people they lord over has become too great. People are sickened, as they should be, by the arrogance.

Thank you, GoFundMe, for blowing it. This is a teaching moment. Let’s use it.