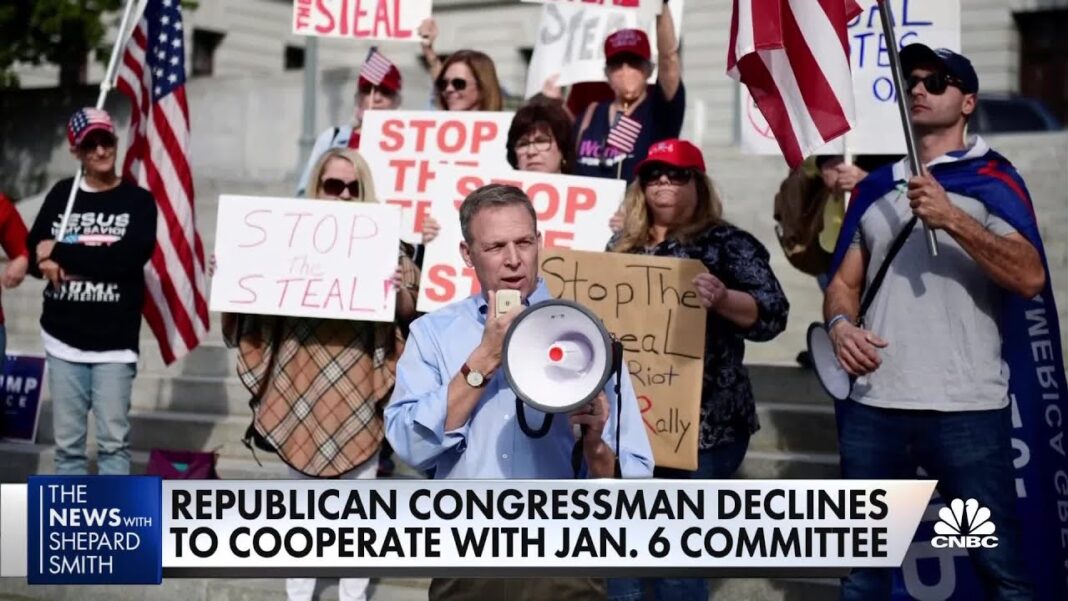 Rep. Scott Perry (R-Pa.) has announced he will not cooperate with the “illegitimate” House January 6 committee after he was asked to answer questions about the “Stop the Steal” rally that took place at the Capitol.

Perry is the first member of Congress to be pursued by the Jan. 6 committee, but the committee has sent out dozens of subpoenas to President Donald Trump’s former White House staff.

Over the course of its months-long investigation, the committee has yet to turn up any significant evidence to back up allegations that the Jan. 6 rally was the result of a premeditated plan to overturn the U.S. government, forcing the mostly-Democrat panel to expand their search.

Perry has now announced that he does not intend to accept the committee’s requests.

“I stand with immense respect for our Constitution, the Rule of Law, and the Americans I represent who know that this entity is illegitimate, and not duly constituted under the rules of the US House of Representatives,” Perry said in a Twitter thread.

“I decline this entity’s request and will continue to fight the failures of the radical Left who desperately seek distraction from their abject failures of crushing inflation, a humiliating surrender in Afghanistan, and the horrendous crisis they created at our border,” he continued.

The January 6 commission, like many other policies and programs inaugurated under the Democratic Congress, was passed on an almost exclusively party-line basis: All but two Republicans—Reps. Adam Kinzinger (R-Ill.) and Liz Cheney (R-Wyo.)—voted against forming the commission.

The committee is led almost exclusively by Democrats, and Kinzinger and Cheney are the only Republicans sitting on the panel after House Minority Leader Kevin McCarthy (R-Calif.) advised his caucus against participating in the committee.

According to the Jan. 6 commission, the entrance of protesters into the Capitol building on Jan. 6 constituted an “insurrection” against the U.S. government. Rep. Alexandria Ocasio-Cortez (D-N.Y.), an enthusiastic supporter of the committee, has tried to bolster this view by saying on Twitter that the Jan. 6 rally left “138 injured, almost 10 dead.”

No lawmakers were hurt and there was only one death caused by homicide that day: that of Ashli Babbitt, who was unarmed and was shot under mysterious circumstances. This sole death has gone mostly un-investigated by the committee.