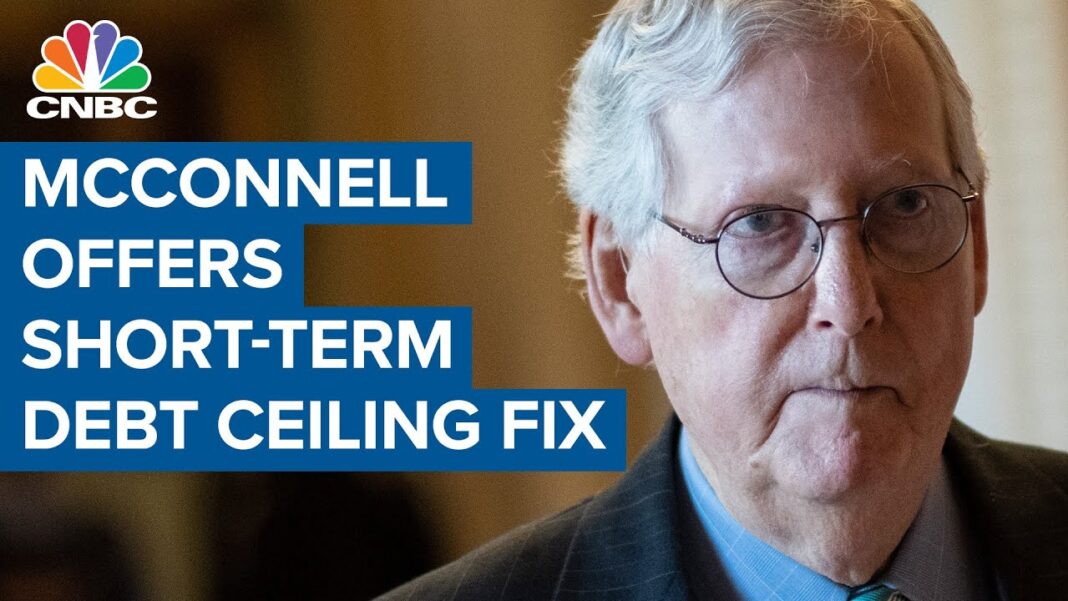 “Republicans blinked,” said Sen. Ted Cruz (R-Texas). “I think that was a mistake.”

The debt ceiling increase of about $500 billion through Dec. 3 passed the Senate last week and the House on Tuesday.

“I believe Democratic Leader Schumer was on the verge of surrendering,” said Texas Republican Sen. Ted Cruz. “Republicans blinked. I think that was a mistake.”

“We made a promise for two months that we would make them [Democrats] do it without our help, and we folded it, and I hate that,” Graham said on Fox News. “We’re in a hole. We’ve got to dig out of this hole, and we can. We shot ourselves in the foot tonight.”

The Treasury Department had informed Congress that it would need to raise the debt limit by Oct. 18.

McConnell repeatedly said that Republicans would not supply votes for Democrats to suspend the debt ceiling through December 2022 so long as they continue to unilaterally pursue a massive $3.5 trillion budget reconciliation bill with new spending programs.

Last Thursday, McConnell agreed to a short-term debt limit increase through Dec. 3. But with an agreement in hand, Senate Majority Leader Chuck Schumer spiked the football, bashing the GOP on the Senate floor ahead of the vote on the agreement.

“Republicans played a dangerous and risky partisan game, and I am glad that their brinksmanship did not work,” Schumer said. “Leader McConnell and Senate Republicans insisted they wanted a solution to the debt ceiling — but said Democrats must raise it alone by going through a drawn-out, convoluted, and risky reconciliation process.”

“We have to de-weaponize,” said West Virginia Democratic Sen. Joe Manchin, who had his head in his hands as Schumer gave his speech. “You can’t be playing politics. None of us can — on both sides. Civility is gone.”