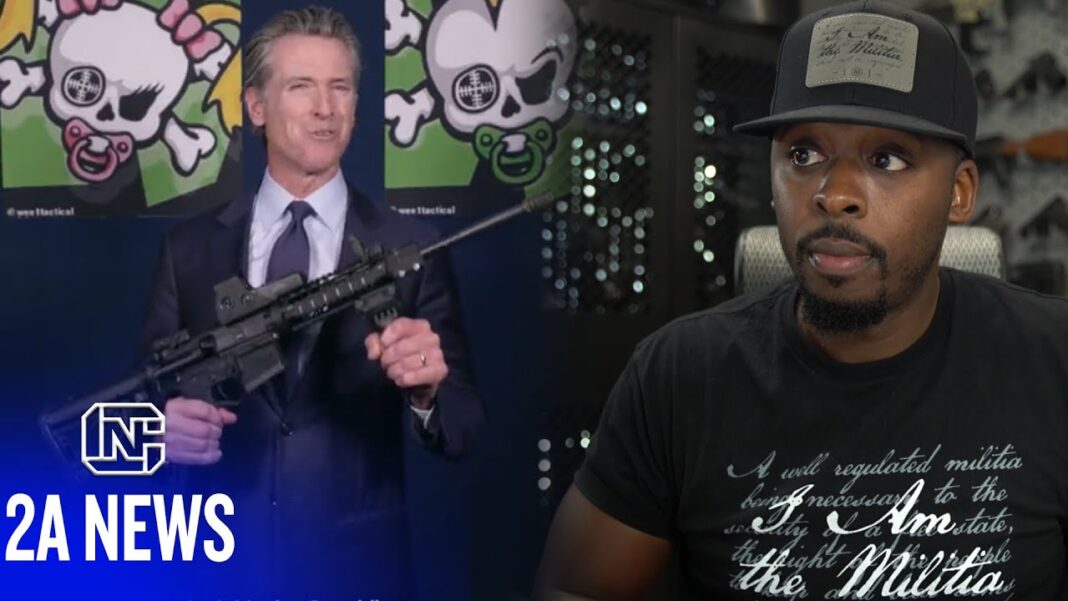 A coalition of gun rights groups on July 8 sued California over a law that bars stores and others from marketing guns to minors.

The law “violates Plaintiffs’ right to engage in free speech” and “their right to equal protection,” the Second Amendment Foundation, Junior Sports Magazines, and other groups said in the lawsuit, which was filed in federal court in central California.

The law says that “a firearm industry member” is prohibited “from advertising or marketing any firearm-related product, as defined, in a manner that is designed, intended, or reasonably appears to be attractive to minors.”

It enables fines of $25,000 for each violation, and also authorizes a person harmed by a violation to sue the violator.

“As the Supreme Court rolls back important gun safety protections and states across the country treat gun violence as inevitable, California is doubling down on commonsense gun safety measures that save lives,” Newsom said during the bill signing ceremony.

Assemblymember Rebecca Bauer-Kahan, a Democrat who sponsored the bill, said that “California has some of the strongest gun laws in the country and it is unconscionable that we still allow advertising weapons of war to our children.”

“Our kids have a right to live long, happy lives, free of gun violence,” she added.

But the new law violates the U.S. Constitution’s First Amendment by infringing on rights to free speech, the new suit alleges.