Seth Dillon, CEO of the satire news website The Babylon Bee, said the company’s goal is to show the irrationality of the popular narratives that pervade modern culture by making jokes about the issues of the time, from Roe v. Wade to the fact that a Supreme Court nominee could not define the word “woman.”

“Rationality itself is under attack. It’s not just free speech. There are people who have abandoned rationality on purpose, and are trying to get you to go along with agreeing with them that two and two make five,” Dillon said during a recent interview for EpochTV’s “American Thought Leaders” program.

Dillon’s goal with The Babylon Bee is to make people laugh and question their own thinking, he said, but he’s found the company taking on a more important role.

“The goal was to make people laugh, and to make them think a little bit, to be subversive the way that satire is supposed to be subversive, to poke holes in the popular narrative,” said Dillon. “The goal wasn’t to be on the front lines of some kind of big battle but that is where things are at.”

Although clearly satire, The Babylon Bee has been attacked as being fake news, banned on some platforms, and subjected to “fact-checks.”

“The issue that we’ve had with the fact-checkers is that if they had just gone to our pieces and said, ‘Hey, this is a viral piece of content, you may have seen it going around. This is satire. Laugh, it’s satire,’ that wouldn’t have been detrimental to our business,” Dillon said.

“The problem was that they were out there saying, ‘Oh, these guys have managed to pull off these tricks before. They’re duping you. They’re presenting you with fake news. They’re pretending to be satirists, but they’re really deceivers, and it’s a hub for disinformation.’”

One of the fact-checking companies told Dillon they only fact-check an article if they get hundreds of people asking the company if a headline is true. 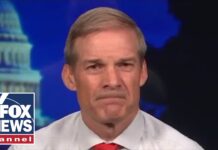