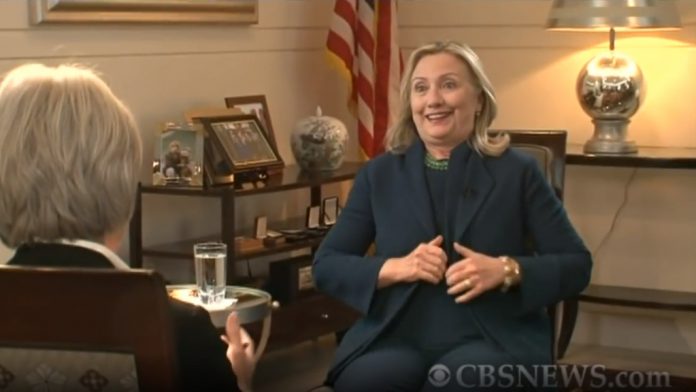 A federal appeals court on Friday overturned an order that would have made former Secretary of State Hillary Clinton and her former chief of staff sit for a private deposition about her use of a private email server for government work when she served as the nation’s top diplomat.

A district court in March had granted conservative watchdog Judicial Watch its request to depose both Clinton and former chief of staff Cheryl Mills to depose them about topics related to the use of a server.

The case had arisen from a Freedom of Information Act (FOIA) request from Judicial Watch to the State Department. Clinton has argued that she has already answered questions about the controversy and should not have to do so again — the matter did not result in any charges for the then-presidential candidate in 2016 after a high-profile investigation — but D.C. District Court Judge Royce C. Lamberth said in his ruling that her past responses left much to be desired.

According to CNBC, on March 2, 2020 Hillary Clinton lost her appeal when a judge ordered her to testify in September at a deposition for a lawsuit by Judicial Watch, who is suing the State Department over its handling of searches for Clinton’s emails. The deposition is related to her use of a private email server for official business while working as secretary of State under President Barack Obama.

“It is time to hear directly from Secretary Clinton,” said Judge Royce Lamberth, in his order issued in U.S. District Court in Washington, D.C.

The order to answer questions from lawyers for the conservative advocacy group, Judicial Watch, will pour more fuel on the longstanding fire of controversy over Clinton’s private server.

The trial is regarding the alleged email cover up scandal which could show Hillary Clinton’s involvement in Benghazi. The court case was held virtually so Clinton did not have to testify under oath. Clinton also allegedly erased emails about her part in taking down Libya former Prime Minister Muammar al-Gaddafi over Libya’s decision to switch the currency in African countries. Gaddafi suggested to the States of the African continent to switch to a new currency, the gold dinar, independent of the American dollar.

The objective of this new currency was to divert oil revenues towards state-controlled funds rather than American banks. This would stop the use of the American dollar for oil transactions. Countries such as Nigeria, Tunisia, Egypt and Angola were ready to change their currencies. Unfortunately in March 2011, the NATO-led coalition began a military intervention in Libya and Hillary Clinton allegedly played a huge part in Muammar al-Gaddafi’s assassination.