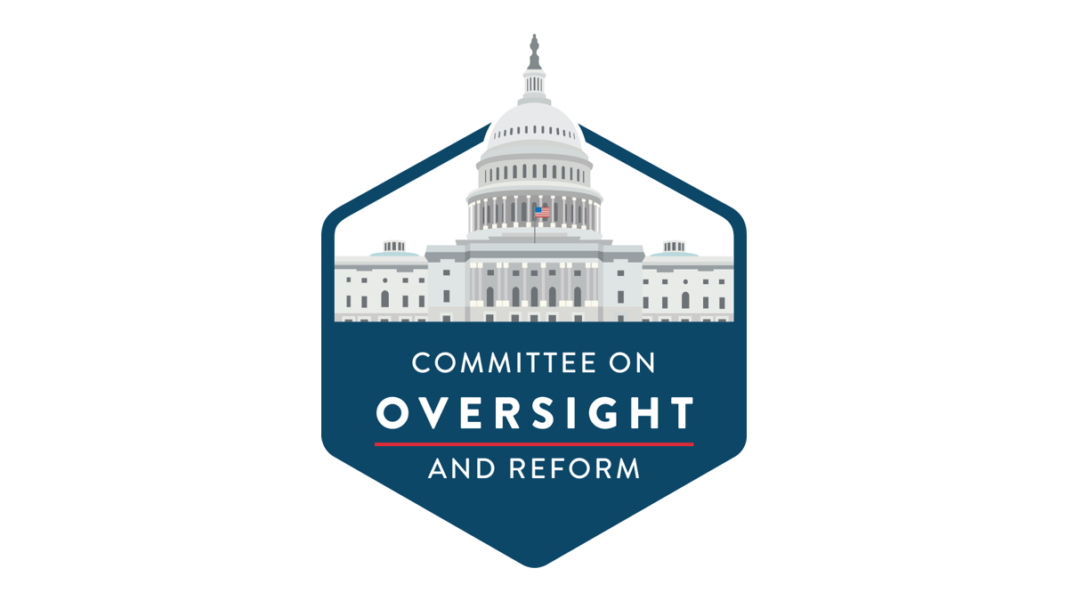 Republicans act as if they are powerless to resist the Biden, Pelosi insanity Squad infecting our government. Until last week when minority leader McCarthy announced an “avalanche” of investigations if Republicans retake the House in 2023, the standard comment was nothing can be done until we regain the majority. McCarthy’s statement provides hope, but activity is needed to prepare for taking control of the House on January 3, 2023. Preparation today will allow Republicans, on day one of their leadership, to swear in witnesses, initiate contempt of Congress proceedings against officials that refuse to provide requested information, and cut appropriations for programs that “justify” the administration’s fraud on the American people, such as its “fly and drops of illegal immigrants” throughout the country.

Between now and the end of 2022, Republicans should focus their efforts on the House Committee on Oversight and Government Reform (“OGR”). It has a storied history of investigating government mismanagement and out-of-control spending. But now, due to a 2019 ruling of the DC Circuit, even the minority on the Committee, under 5 USC section 2954, (“sec. 2954”), has subpoena-like power to require agencies to produce documents.

Republican planning, however, should be about more than investigations. Republicans need to use the one power Congress has that the other branches lack – the power of the purse. Moreover, Republicans should adopt the methods of the most effective congressional investigators, John Dingell and Henry Waxman (Democrats). Using their investigative techniques will break Biden’s massive resistance to producing information requested by congressional investigators.

With a $ 30 trillion national debt, an open southern border, consistently confusing and changing vaccine mandates, a refusal to investigate the origins of Covid, and foreign policy embarrassments, the likely Republican House in 2023, has the proverbial “golden opportunity” to put on the performance of a lifetime. The show is called “Oversight.” History has given the OGR a script to reduce non-essential federal expenditures, root-out corruption, and foster federalism as our Founders intended. All that is needed is thoughtful planning and early information requests to the Executive branch.

History illustrates Congress has been able to reduce the national debt

Government mismanagement all starts with spending too much money. Since 2016 the ratio of debt to GDP in the US has ranged from 105% – to 129%. The last time Congress found itself with a national debt exceeding its Gross National Product was the World War II-era when the debt to GDP ratio ranged between 103% – 119%. Today every household in the US owes $223,000 as its share of the national debt.

To address the rising national debt caused by World War II, Congress created the “Joint Committee on Reduction of Non-Essential Federal Expenditures” (“Joint Committee”), which existed from 1941-1974. Its purpose was to “make a comprehensive study and investigation of all expenditures of the federal government to recommend the elimination or reduction of all such expenditures deemed by the joint committee to be non-essential.”

While the Joint Committee lacked legislative authority, it took its investigative role seriously. It recommended and successfully eliminated many New Deal programs such as Regional Agriculture Corporations, Government Corporations, the Civilian Conservation Corps, and the National Youth Administration. During its years of operation, our national debt declined from 119% of GDP in 1946 to 31% in 1974. By keeping the focus on the nation’s debt and recommending the elimination of non-essential programs, Congress brought the country back to fiscal sanity.

OGR is the primary investigative Committee of the House

House Rules establish OGR as its primary investigative Committee. It has the authority to investigate “any matter” within the jurisdiction of the other standing House Committees, including the workings of government agencies. Additionally, when Congress enacted sec. 2954, it granted the minority on OGR (7 minority members must make the request) and its companion committee in the Senate (5 minority members must make the request) the right to request information from an Executive agency. Moreover, it mandated the agency provide the requested information.

For decades, however, the Department of Justice (“DOJ”) advised agencies they need not comply with these requests from congressional committees. DOJ considered the requests merely Freedom of Information requests by individual members and not official institutional requests. The courts upheld the DOJ position until October 2019, when the DC Circuit held the minority members of OGR suffered a constitutional injury when an agency refused to provide the documents requested.

In that case, the minority members sued the General Services Administration to release documents concerning President Trump’s ownership of the Old Post Office building, which he converted into a hotel.

While the case centered on the standing of minority members on OGR to secure the documents under sec. 2954, the court recognized that granting standing to sue for informational rights had been long recognized under Article III of the Constitution. The court held that an agency’s refusal to comply with an affirmative statutory obligation to provide the information requested was an injury specific to the minority members requesting the information. The remedy for such an injury would be a court ordering agency compliance with the request.

The DC Circuit’s opinion gives the current Republican minority on OGR the standing to enforce agency non-compliance with sec. 2954 information requests. Notwithstanding the DC Circuit’s holding, the Biden agencies will likely continue to refuse to provide requested documents. By asking for the documents now and being denied the documents, establishes the factual foundation needed for contempt proceedings, impeachment resolutions, or budget reductions in January 2023.

One long-standing GAO recommendation concerns the funding of unauthorized laws. For decades Congress has refused to undertake oversight on statutes that have expired authorizations. Rather than doing the hard work of oversight, Congress deems unauthorized laws authorized to avoid reviewing the effectiveness of the laws. In FY 2021, Congress appropriated about $432 billion for 1,068 programs whose authorizations of appropriations had expired. If Congress is unwilling to undertake the oversight, Republicans should allow all the expired laws to expire. It will save almost one-half trillion dollars.

OGR is also responsible for reviewing the federal/state relationship to ensure it works constitutionally. Under the Biden administration, there is total disrespect for federalism and the sovereignty of states, as illustrated by a President who denies states like Florida lifesaving monoclonal antibodies needed to treat Covid patients. Another example is that by opening the southern border, Biden has placed responsibility on Texas, Florida, and Arizona for the financial, health, and law enforcement burdens of illegal immigrants, drug dealers, overdose deaths, increased crime and destroyed property. OGR can use its investigative powers to establish the facts and recommend how Congress can use its spending power to remedy the situation.

No matter what anyone thinks of Congressmen John Dingell and Henry Waxman, they are the best congressional investigators of our times. Unlike the cable TV “soundbite stars” of today, Dingell/Waxman developed the facts to support the policy changes sought.

No one wanted to receive a “Dingellgram,” a fiery letter of concern, or a list of questions requiring days to prepare a response. Dingell, as chair of House Energy and Commerce, put agencies and industries in fear. He operated with “prosecutorial zeal,” using every power at his disposal to find out the facts; Dingellgrams, subpoenas, hearings. Dingell would send out hundreds, sometimes thousands of Dingellgrams a year. In 1991 he sent 175 Dingellgrams to David Kessler, the head of FDA. Dingell had many achievements: enhancing the safety of blood banks, bottled water, and pacemakers and exposing waste, fraud, and abuse throughout the federal government. He uncovered the infamous $640 toilet seat.

Henry Waxman, unlike chairman Dingell, achieved his investigatory prominence while serving in the minority on OGR. Without the formal power of a chairman’s gavel, Waxman’s goal was to build a solid public record to create momentum to support change. He used non-compulsory tactics to access and disseminate information. Waxman would send sec. 2954 information requests to agencies in a time period agencies considered them merely FOIA requests. He used his staff to find and analyze unknown government databases and encouraged whistleblowers to cooperate. Waxman produced over 1000 reports on fraud, waste, and abuse.

If there was ever a time when this nation needs Congress to focus on oversight of the federal government, it is now. The Joint Committee may be gone, but OGR is here in its place. OGR, with access to CBO, GAO, having subpoena-like power under sec.2954 to secure information from the agencies, has far more resources than the Joint-Committee, to address government mismanagement, fraud, waste, and abuse and to eliminate the non-essential government functions. All is possible if the House combines the power of the purse with its investigatory powers.

No power in the Constitution mandates Congress spend money. One House of Congress alone can stop the federal government’s policy insanity by refusing to spend money.

The minority on House OGR should not wait until it is in the majority in January 2023 to start its work. By actively using sec. 2954 power today, the House will develop the information needed for implementing its oversight plan in early 2023. If a journey of a thousand miles begins with a single step, it is time for the Republicans to start walking.

William L. Kovacs has served as senior vice-president for the US Chamber of Commerce, chief counsel to a congressional committee, and a partner in law DC law firms. His book Reform the Kakistocracy is the winner of the 2021 Independent Press Award for Political/Social Change. His second book, The Left’s Little Red Book on Forming a New Green Republic, quotes the Left on how it intends to control society by eliminating capitalism, people, and truth.