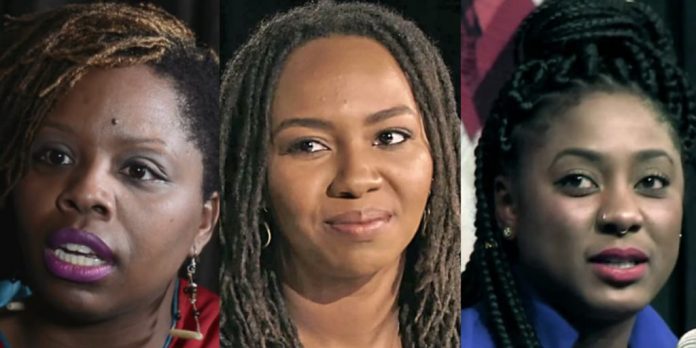 As riots and protests have continued to unfold around the country following the custodial death of George Floyd, the Black Lives Matter movement has taken center stage.

Yet as their popularity grows, I’ve continued to wonder; How did three Marxist-inspired women who began the BLM movement dupe the entire country?

BLM has become many things to different people. Spirited debates occur between police officers within the same ranks as well as family members and social networks involving cops and the community. Nevertheless, one thing is relatively certain, if you take a public position contrary to the movement, you’ll likely be branded a racist.

While pockets of injustice should always be addressed and remedied, have you also wondered how a movement created by radicals spreading disinformation and outright lies have duped an entire country?  Moreover, how did it become an enormously powerful entity with political clout that is able to clobber anyone who dares to speak truth regarding its’ origin and their ultimate objectives?

Before continuing, I’d like to recommend Dr. Ron Martinelli’s best seller, The Truth Behind the Black Lives Matter Movement. You might remember that I recently mentioned this resource after Amazon and other book distributors pulled it from their shelves. That is what people are doing in 2020 when truth strikes a nerve with woke-thinking individuals; cancel it, erase it, pretend it doesn’t exist, or shout it down as racist.

Martinelli’s book is fantastic. It is a deep dive into well sourced truth as it relates to the BLM movement and the power they wield today.

The Truth Behind the Black Lives Matter Movement explores the birth of the crusade, the radical background of its co-founders, Alicia Garza, Patrisse Cullors, and Opal Tometi, their frightening agenda, and the outright lies that were perpetuated as truth to give them momentum going forward. Furthermore, it investigates their sources of funding and highlights one of its fundamental partners; the media.

Martinelli’s book is fantastic. It is a deep dive into well sourced truth as it relates to the BLM movement and the power they wield today.

The Truth Behind the Black Lives Matter Movement explores the birth of the crusade, the radical background of its co-founders, Alicia Garza, Patrisse Cullors, and Opal Tometi, their frightening agenda, and the outright lies that were perpetuated as truth to give them momentum going forward. Furthermore, it investigates their sources of funding and highlights one of its fundamental partners; the media.

No, not of biblical proportions, but we are currently living through predictions he made several years ago; it’s eerily chilling to think BLM was that predictable to a man who spent so much time researching, studying, and analyzing the movement.

The Truth Behind the Black Lives Matter is “just the facts, ma’am” (ala Sgt. Joe Friday for those old enough to remember). It is not political commentary, but straightforward, well-sourced facts. That is why no one can successfully call him out on his work, although Amazon and others can try to “cancel” it.

Frighteningly, the BLM movement has invaded many law enforcement agencies. For instance, San Francisco Police Department is hanging BLM posters while they ban officers wearing Thin Blue Line masks. And they are not alone! The radical movement has not simply been legitimized, it’s been weaponized against people and institutions who do not yield to their sword. If you think that is an inflammatory statement, then you’ve not been listening to their speeches. Violent acts are part of the playbook.

Is your head spinning?

While the leaders of these police organizations might be well-intentioned, they are lambs being led to slaughter. Make no mistake, the BLM co-founders “follow the philosophies, ideologies, goals and objectives of militant, radical and violent anti-police, anti-government, Black Nationalist, Afrikaner, Marxist groups and political organizations,” according to Martinelli.[1]

Furthermore, the goals and objectives of the BLM movement includes “the disarming, disassembly, and defunding of law enforcement; the diminishing of local, State and the Federal government; and the eventual diminishing of our nation’s democratic rule of law. Obviously, such measures would result in complete anarchy,” Martinelli wrote in 2016.[2]

The custodial death of George Floyd is simply a vehicle to help them achieve these goals. “Justice for George” is a smokescreen. Never before have we seen the “wheels of justice” move so rapidly during an in-custody death. It’s like a drag race to see who can lay the most rubber on cops, despite incompetent drivers careening the dragster into the stands full of fans.

Now, returning to my question; How did three Marxist-inspired women who began BLM dupe the entire country?

The answers are simple:

Jim McNeff is the managing editor of Law Officer and founder of Badge 145, a ministry geared toward helping police officers and their families. Jim worked in military and civilian law enforcement for thirty-one years. While in the USAF he flew as a crewmember aboard the National Emergency Airborne Command Post—a presidential support detail. Following his military service, he served for twenty-eight years with the Fountain Valley Police Department in Orange County, California where he retired as a lieutenant. He holds a Bachelor of Science degree in criminal justice from Southwest University and graduated from the prestigious Sherman Block Supervisory Leadership Institute as well as the IACP course, Leadership in Police Organizations. In addition to being a Medal of Valor recipient, Jim has authored three books: The Spirit behind Badge 145, Justice Revealed, and Jurisdiction.