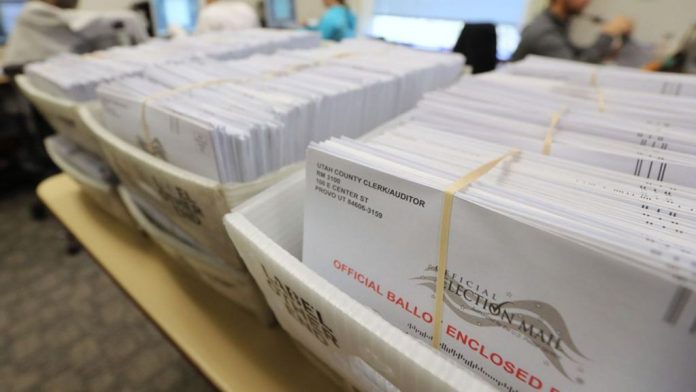 States are suddenly scrambling to expand vote-by-mail for this year’s election. Exhibit A is Wisconsin, which for this week’s primary election has received more than 1 million absentee ballot requests, quadruple the state’s 2016 numbers, a previous high. The move to vote-by-mail, by and large, is a positive development, given that the Covid-19 threat will remain or return as a menace in November, and in-person voting could pose serious health risks for voters and poll workers alike.

But while absentee ballots can help keep people safe and expand voting access, they come with a drawback: a greater chance of litigation. Simply put, there are more things that can go wrong with vote-by-mail compared with in-precinct voting. And history shows that a major fight over an election’s outcome is more likely to come in the form of challenges to absentee ballots.
This doesn’t mean states shouldn’t make the shift to vote-by-mail. But in addition to hiring and training enough staff to be able to handle new procedures and ordering enough supplies and equipment, states — and Congress — must prepare for the increased risk of disputes over the results of the November election.

What can go so wrong with absentee voting? When you go to a neighborhood polling place, you meet face-to-face with a poll worker who signs you in and then lets you cast a ballot that immediately joins the pool of ballots to be counted after the polls close. True, there might be a problem when you interact with the poll worker: For example, a question about your signature compared with the one in the poll book. But those problems usually can be sorted out as part of the face-to-face interaction. Once you’ve satisfied the poll worker that you are qualified to vote and you get an ordinary ballot to cast, you no longer can become unqualified or your ballot left uncounted.

By contrast, voting by mail requires additional steps, all of which are susceptible to problems that do not exist when voting in person. First, the voter needs to get the absentee ballot in time to send it back by the required deadline. Administrative delay at the local election office, or a postal problem, can cause the voter not to receive the ballot with enough time for its return. This has turned out to be a serious problem in Wisconsin’s current primary, prompting litigation in federal court. The same could easily happen in November.

What’s more, although some states deem an absentee ballot eligible if it is postmarked by Election Day, other states require the absentee ballot to arrive at the local election office by then. In the latter states, there is a real risk that a voter who mails an absentee ballot will have it disqualified if it arrives too late. In 2018, more than a quarter — 27 percent — of absentee ballots that were rejected across the country were disqualified for this reason; in Florida, the rate was even higher, at least one-third. 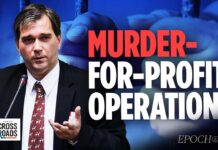 State Sanctioned Killing for Organs Could Spread Beyond China If Not Challenged: Dr Torsten Trey