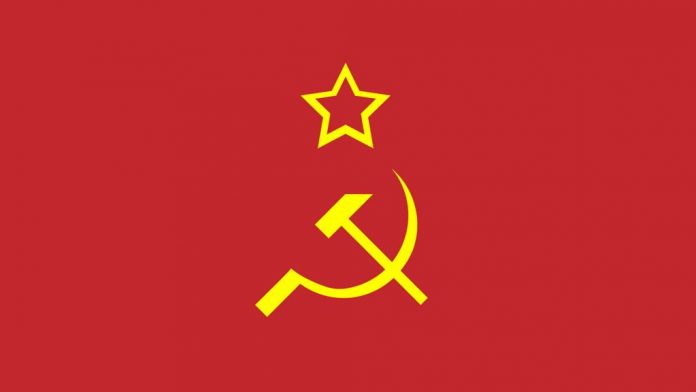 The article below was written and published in The Wall Street Journal on April 17, 2007. It was written by former WSJ journalists by the names of Glenn Richard Simpson, and his wife, Mary Jacoby, who co-founded Fusion GPS. This article could be a script for the Trump Russia Dossier setup. Find out more in Dan Bonginos new book Exonerated: The Failed Takedown of President Donald Trump by the Swamp

Well, instead of the Obama team walking away and saying, sorry, guys, we screwed up. There’s no collusion here. They needed to go back and fabricate a collusion story. Well, who better to go to than a guy that already had collusion story prewritten? I call it the movie script, the plug and play plot in the book. Glenn Simpson, who is one of the proprietors of Fusion GPS.

LEVIN: This is the former “Wall Street Journal” reporter.

BONGINO: Absolutely. Glenn Simpson, Mark, had already written a piece — remember that date, I’m not getting this wrong, in 2007 in “The Wall Street Journal,” about former Soviet efforts to influence the United States.

I talk about this in the book. You read that 2007 “Wall Street Journal” piece, which he wrote with his now wife, Mary Jacoby at the time.

LEVIN: And who is she?

BONGINO: She was a reporter for “The Wall Street Journal” at the time as well. They’re now married, right? You read that 2007 piece, the exact same players appear in the dossier. And the format of it, the telling of the story is very similar, which says to me, they said, hey, we don’t have any information on the Trump team. We’re making this story up. Well, if we’re going to make a story up, let’s just plug Trump’s name into a story we already have from Glenn Simpson, who was more than happy to take the bait.

The Wall Street Journal article from 2007:

Today, Mr. Sessions is a lawyer for one of the FBI’s “Most Wanted”: Semyon Mogilevich, a Ukraine-born Russian whom the FBI says is one of Russia’s most powerful organized-crime figures.

Mr. Sessions is trying to negotiate a deal with the U.S. Department of Justice for his client, who is charged with racketeering and is a key figure in a separate Justice Department probe of energy deals between Russia and Ukraine.

A number of notable Washington insiders are earning big fees these days by representing controversial clients from the former Soviet Union.

From prominent businessmen — some facing criminal allegations — to top politicians, well-known ex-Soviets are lining up to hire help with criminal cases, lobbying and consulting. These figures, many of whom made fortunes in the wide-open 1990s amid the Soviet Union’s disintegration, hire Washington insiders to help rehabilitate their reputations in the West or to persuade investors and regulators they are committed to good corporate governance.

Sensitive foreign clients are nothing new for Washington’s lobbying industry. Among others, Jack Abramoff — convicted of fraud and bribery last year — represented clients in Pakistan and Russia, while former Liberian President Charles Taylor, awaiting trial on war-crimes allegations, once employed his own Washington lobbyist.

But recent years have seen a growing number of former Soviet officials and industrialists seeking assistance in the U.S. capital. Many are playing an increasingly important role in the global economy, as they wrest ever-greater control of Eurasia’s vast energy reserves and other natural resources. All have become politically powerful in their home countries as well, making them — and by extension their U.S. advisers — key players in Western efforts to promote regional stability.

For a $560,000 fee, Bob Dole, the former Senate majority leader and 1996 Republican presidential nominee, helped a Russian billionaire accused by rivals of bribery obtain a visa to visit the U.S. in 2005, among other things.

Leonid Reiman, a powerful member of Russia’s cabinet and close ally of President Vladimir Putin, uses a Washington public-relations consultant. Mr. Reiman is under federal investigation in the U.S. over money laundering and is locked in a high-stakes battle with Moscow conglomerate Alfa for control of a Russian telecommunications empire. Alfa has paid Barbour Griffith & Rogers — the influential lobbying firm co-founded by Mississippi Gov. Haley Barbour — nearly $2 million in lobbying fees.

In some cases, the details of how these ex-Soviet clients made their fortunes are murky — and the source, amount and purpose of the fees they pay Washington consultants can be as well. In 2005, for example, Ukrainian politician Yuri Boyko used a Caribbean shell company to pay a Washington lobbyist for help arranging meetings with top Republicans.

Mr. Boyko, currently Ukraine’s minister of energy, was the architect of gas deals between Russia and Ukraine now being investigated by the U.S. Justice Department for possible ties to the alleged mafia client of Mr. Sessions. Mr. Boyko said the $98,000 in fees was paid by a small political party he heads. Annex Holdings, the Caribbean firm that paid Mr. Boyko’s lobbyist, also had a stake in the gas deals, corporate records show.

At times, even clients’ names are camouflaged by lobbyists — despite federal laws making clear that they aren’t allowed to disguise identities by taking fees from intermediaries. Without such rules, says prominent Washington ethics lawyer Jan Baran, “you would just have a bunch of shell organizations identified as clients of lobbyists and lobbying firms.”

In 2004, for instance, a United Kingdom shell company called Foruper Ltd., which had no assets or employees, paid Barbour Griffith $820,000. Foruper was established by an attorney who structured the natural-gas deals being investigated by the U.S. Justice Department. Prosecutors are investigating whether there are ties between the attorney who set up Foruper and Mr. Mogilevich, Mr. Sessions’s client.

In its filings, Barbour Griffith said the fees were for “promotion of greater cooperation and financial ties between Eastern Europe and the West.”

Barbour Griffith is locked in a legal battle with associates of Mr. Reiman, the Russian minister, whose Washington adviser is a former Wall Street Journal reporter named Mark D’Anastasio. Mr. D’Anastasio said he once helped Mr. Reiman as a favor to a friend but doesn’t work for him.

Longstanding federal laws require Americans to register with the federal government if they do lobbying or public-relations work for foreign clients. But details in those filings often offer only a vague sense of the work being done.

Mr. Dole, for instance, disclosed in lobby filings with the U.S. Senate his work for Russian billionaire Oleg Deripaska. He described it as involving “U.S. Department of State visa policies and procedures.”

Mr. Deripaska, who has close ties to the Kremlin, emerged from Russia’s “aluminum wars” of the 1990s with a virtual monopoly on the nation’s aluminum production.

Mr. Deripaska has long been dogged by allegations from business rivals in courts in the U.S. and U.K. that he used bribery, intimidation and violence to amass his fortune. Those accusations, which he denies, have never been substantiated and no criminal charges have been filed. But for years they helped keep the State Department from granting him a visa.

In 2003, the Russian industrialist paid $300,000 to Mr. Dole’s law firm, Alston & Bird, according to lobbying reports. After that, Mr. Dole worked to persuade U.S. officials his client isn’t a criminal and that his business operations are transparent, said people with knowledge of the matter. In 2005, the State Department reversed itself and granted the visa. Mr. Deripaska then paid Mr. Dole and his firm an additional $260,000, filings show.

Mr. Deripaska traveled to Washington in 2005 and also made trips to the U.S. last year, said people with knowledge of the situation.

Mr. Dole and a State Department spokeswoman declined to comment.

Messrs. Manafort and Jackson played prominent roles in the Ukrainian’s recent visit to Washington. The visit included meetings with U.S. officials, including Vice President Dick Cheney. A company controlled by Mr. Akhmetov donated $300,000 in 2005 to a human-rights charity run by Mr. Jackson and his wife, an Internal Revenue Service document reviewed by The Wall Street Journal shows. Mr. Jackson said he was grateful for the support.

Mr. Manafort, who isn’t registered as a consultant to the Ukrainian leader, didn’t respond to requests for comment.

Mr. Sessions’s client, Mr. Mogilevich, is accused in a 45-count racketeering and money-laundering indictment in Philadelphia of masterminding an elaborate stock fraud using a web of shell companies in Europe. The Justice Department also is investigating whether there are any ties between Mr. Mogilevich and a recent series of billion-dollar natural-gas deals between Russian gas giant OAO Gazprom and Ukraine, people familiar with the matter said. The probe is being led by the Justice Department’s Organized Crime and Racketeering Section.

According to people familiar with the matter, Mr. Sessions recently approached former colleagues at Justice with an unusual offer: Mr. Mogilevich would provide the U.S. with intelligence on Islamist terrorism if prosecutors opened negotiations to resolve his legal problems in the U.S. Federal prosecutors rejected that offer, lawyers and others familiar with the matter said.

The Mogilevich talks were brokered by a prominent Washington security expert named Neil C. Livingstone, who was briefly in the news during the 1980s Iran-Contra scandal for his work on terrorism issues with White House aide Oliver North.

He declined to discuss the Mogilevich talks, other than to say they involved “very sensitive issues.”

Until recently, Mr. Livingstone was chief executive of GlobalOptions, a Washington corporate-intelligence firm he founded. Mr. Sessions sits on the firm’s advisory board. Most of its clients, the firm says, “operate in Russia and the Caribbean.”

GlobalOptions has worked with former Soviet businessmen in the past. In 2004, Mr. Livingstone said, lobbyists at Barbour Griffith introduced GlobalOptions to a Cyprus-based firm called Highrock Holdings. Highrock is controlled by Dimytro Firtash, a Ukrainian businessman who acknowledges the company’s major shareholders once included Mr. Mogilevich’s wife.

In 2003-2005, Mr. Firtash brokered several billion-dollar deals between Gazprom and the government of Ukraine. They netted big profits for Highrock — and criticism from the U.S. ambassador to the Ukraine at the time for the deals’ lack of transparency.

However, in a recent lawsuit filed by GlobalOptions against Highrock claiming unpaid bills, the security firm alleged that Mr. Firtash hired GlobalOptions for an unspecified “special operation” on behalf of a Ukrainian government official. The two sides ceased litigating the suit, which was filed in U.S. District Court for the District of Columbia, after the bill was paid, but the suit was never withdrawn.

“We have no knowledge of a company called GlobalOptions,” a spokesman for Mr. Firtash said, adding that he severed his ties to Mr. Mogilevich several years ago.

Below, a selection of documents relating to the Washington dealings of figures from the former Soviet Union.

The FBI has placed Semyon Mogilevich on its “Most Wanted” list; the Justice Department has charged him with conspiracy, fraud and money laundering. Former FBI director William Sessions is representing the Ukrainian-born Russian in hopes of getting a deal with Justice.

Bob Dole was handsomely compensated for getting a U.S. visa for controversial Russian aluminum magnate Oleg Deripaska. But some lobbyists don’t make clear who their clients are or where they get their fees. Barbour Griffith & Rogers said it worked for Friends of Ukraine, but tax records show the group was operated out of the lobby firm’s own office.

A group called the Republican Party of the Ukraine, headed by Energy Minister Yuri Boyko, also used a Washington lobbyist but the bills were ultimately paid by a company registered on the Caribbean island of Nevis. Mr. Boyko is a key player in controversial energy deals involving another Ukrainian businessman named Dimytro Firtash, who according to a federal lawsuit also hired Washington firms.