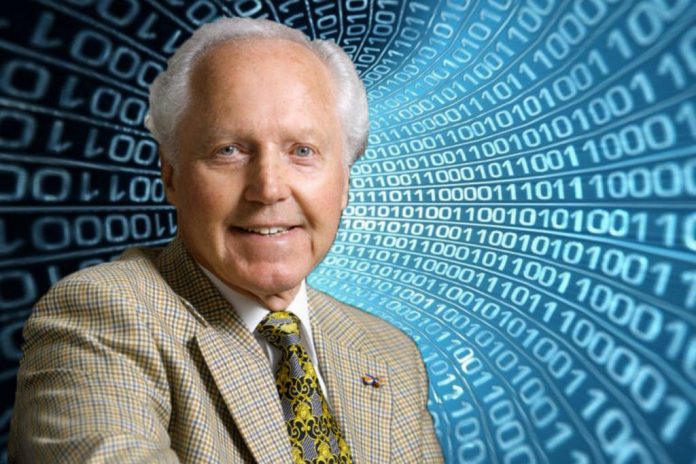 Energetic optimist, Professor Guus Berkhout, has had an impressive scientific career in geophysics. According to Berkhout, climate research is more than making computer models. He emphasizes utilizing the Earth’s climate history hidden in the geological and archaeological archives and believes that it is absolutely necessary to differentiate between climate change and environmental degradation. Prof. Guus Berkhout set up the International Climate Institute and the Global Climate Intelligence Group.

The Global Climate Intelligence Group has the objective of putting science back into climate science. It is comprised of scientists, professionals and researchers from many nations, and it has already attracted some 500 signatures for what began life scant weeks ago as the European Climate Declaration.

Prof. Dr. Ir. Augustinus Johannes “Guus” Berkhout started his career with Shell in 1964. where he held several international positions in R&D and technology transfer. In 1976, lie accepted a Chair at Delft University of Technology MU Delft) in the field of geophysical and acoustical imaging. During 1998 — 2001 he has been a member of the University Board, being responsible for scientific research and intellectual property. In 2001 he also accepted a chair in the field of innovation management.

Guus Berkhout has developed a large number of geophysical concepts and algorithms, which are now being commercially used in the upstream geo-industry. He has written several hundred scientific papers and a number of books in the field of geophysics and innovation. He is the spiritual father of variable acoustics in concert halls by holographic sound control (ACS). He also was the originator of the revolutionary hearing spectacles (Varibel).

In 2000 his book was published about the Cyclic Innovation Model (CIM). In 2003 his essay appeared about the need of an innovating government with project ministers. In the early-eighties he founded the Science-Industry Consortium on Geophysical Imaging, which is now financed by more than thirty international companies worldwide.

Since the early nineties, Guus Berkhout has concentrated on matters related to innovation policy. In 1997, the OECD invited him to advice on science and technology issues. He also served as chairman of the committee of experts that advised the Dutch government on the environmental problems around The Netherlands’ international airport, Schiphol. Early 2000, Guus Berkhout served as a member of the ‘High Level Working Group’ to advise the European Commission on the establishment of an integrated innovation policy in the EU.
Professor Guus Berkhout is a member of the Royal Netherlands Academy of Arts and Sciences (KNAW), The Netherlands Academy of Engineering (AcTI), honorary member of the Society of Exploration Geophysicists (SEG) as well as honorary member of the European Association of Geoscientists and Engineers (EAGE). He is also recipient of the Schlumberger Award, the Erasmus Award, and the Maurice Ewing Medal Award.
In 2008 Professor Berkhout received the Royal Decoration ‘Officier in de Orde van Oranje Nassau’.