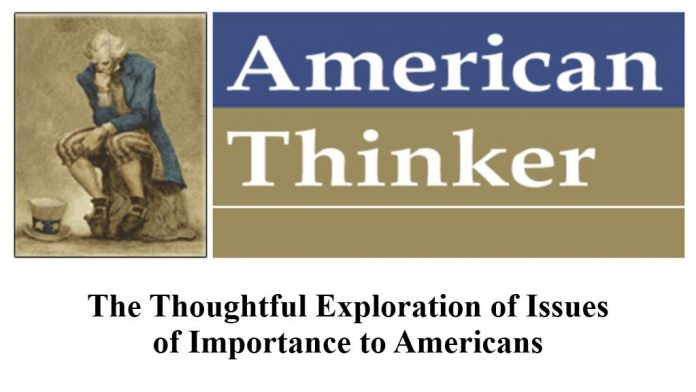 Conversely, as many commentators have noted, and as liberals’ behavior since Hillary Clinton’s 2016 loss to Donald Trump has demonstrated, when liberals lose under the existing rules, they seek to change the rules, specifically, the Electoral College whereby the individual states choose the president, replacing it with a nationwide “popular vote.”

It is obvious why liberals, whose political philosophy and preferences are anathema to much of the nation, would want to do this.  Eliminating the Electoral College means Democratic presidential candidates never having to say they’re sorry to, or consider the opinions and values of, those ignorant, gun-totin’, Bible-thumpin’ rubes in flyover country. That it would also destroy our federal system, transforming the 50 independent states into satraps of an all-powerful federal government is icing on the cake.

But if there is one thing on which liberals and conservatives can agree, it is that, the odds of convincing enough smaller states to cut off their own electoral cojones lies somewhere between zero and zilch. So our ever-inventive (when it comes to disempowering their opponents) friends on the left have conjured up a Plan B, the National Popular Vote Interstate Compact:

At last count, the total number of electoral votes among the states so far agreeing to the NPVIC is 189, with Ohio set to vote, soon. But none of the so-called blue states has approved the NPVIC, so it remains to be seen whether, ultimately, NPVIC proponents will garner the required number of states. It also remains to be seen whether the NPVIC is constitutional.  NPVIC proponents typically support their argument by paraphrasing a portion of the Constitution in order to assert that the states “determine the time and manner of elections.” But their paraphrasing is incomplete.  And misleading.  Here is the precise language (Article I, Section 4, emphasis added):

The Times, Places and Manner of holding Elections for Senators and Representatives, shall be prescribed in each State by the Legislature thereof; but the Congress may at any time by Law make or alter such Regulations, except as to the Places of chusing Senators.

So, the “Times, Places and Manner” language to which NPVIC proponents point applies only to senators and representatives.  The language for presidential elections appears elsewhere, in Article II, Section 1:

Each State shall appoint, in such Manner as the Legislature thereof may direct, a Number of Electors, equal to the whole Number of Senators and Representatives to which the State may be entitled in the Congress…

Certain legal questions may affect implementation of the compact. Some legal observers believe states have plenary power to appoint electors as prescribed by the compact; others believe that the compact will require congressional consent under the Constitution’s Compact Clause or that the presidential election process cannot be altered except by a constitutional amendment. (Read Full Article on Wikipedia)