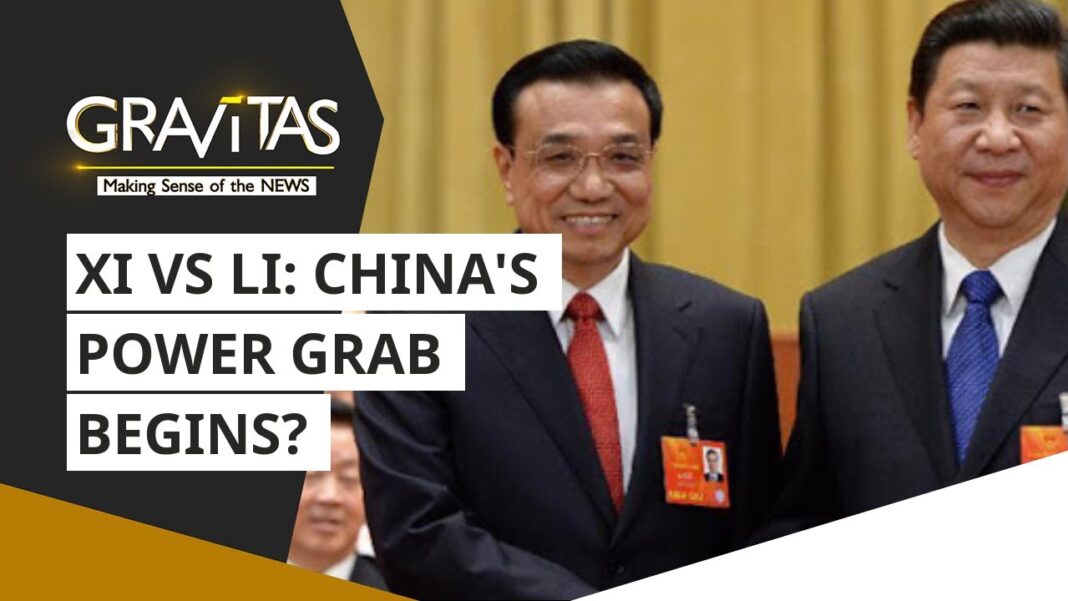 The planned unveiling of a “historical resolution” at the Chinese Communist Party’s plenary session next month has elicited comparisons between Xi Jinping, the regime’s current leader, and his powerful predecessors.

From Nov. 8 to Nov. 11, Xi and other top officials will review the draft of the resolution, which according to state media will “focus on the CCP’s major achievements and historical experiences” since its founding 100 years ago in 1921.

A historical resolution is a rare event, with only two such documents issued in the Party’s century-long history. The first was promulgated in 1945 by Mao Zedong, who took over the communist movement prior to World War II; the second by Deng Xiaoping in 1981, who used his resolution to repudiate Mao’s Cultural Revolution.

Analysts have said that the CCP’s third historical resolution would perform a similar role—cementing political power—for Xi Jinping. It would put him on par with Mao and Deng, leaders regarded as having established their dominance over the Chinese regime, as well as the ability to reinterpret the Party’s history.

Yuri Momoi, China bureau chief of Japan’s Nikkei Asia, wrote in an Oct. 24 commentary that the resolution “is expected to all but ensure Xi wins a rare third term at the Communist Party congress next fall.” She also described historical resolutions as a powerful tool “to reshape China’s political landscape.”

But some China watchers question whether Xi’s historical resolution could have such an effect, given the shaky grounds on which both his political authority and the regime itself now stand.

Show of Strength, or a Weak Echo?

Mao’s historical resolution, which addressed “certain historical questions,” was made at the end of the Yan’an Rectification Movement (1942–1945), a harrowing political campaign in which torture, forced confessions, and constant indoctrination successfully established Mao as the undisputed leader of the communist movement.

Deng, meanwhile, had consolidated power in late 1978, when he bested Mao’s successor Hua Guofeng and initiated a program of economic reforms. By 1981, the year his historical resolution on “certain questions in the history of our party” was released, Deng and his reformist allies were firmly in control.

Xinhua, the Party-run mouthpiece, said that “the great rejuvenation of the Chinese nation has entered an irreversible historical process,” citing the Oct. 18 meeting of the 25-member CCP Politburo regarding the draft historical resolution. The Politburo also promoted “significant achievements” made by “Party Central with Comrade Xi Jinping at the core,” the state media said.

Xi, however, can hardly boast anything approaching the political achievements of Mao, who led the communists to victory in the civil war to conquer mainland China, or Deng’s call to reform that, in the words of retired Peking University professor Zheng Yefu, created a rare consensus throughout the Chinese officialdom in support of the new leader in the late 1970s.

According to some reports, the resolution’s likely passage would showcase and bolster Xi’s authority over the Party at a time when he faces a downward-spiraling economy, severe fuel shortages leading to loss of power and heating, and an international environment that has become increasingly unfavorable for Beijing.

Momoi of Nikkei Asia wrote that Xi would intend the document “to establish a hierarchy of historic Chinese leaders with him and Mao at the top,” followed by Deng, then former leaders Hu Jintao and Jiang Zemin, before “handing the reins to Jiang’s faction.”

But Larry Ong, analyst with New York-based political risk consultancy SinoInsider, believes that an unresolved factional struggle between Xi and his rivals in the regime—chiefly the Jiang faction—means that the Communist Party’s third resolution must be seen as an attempt to get a leg up in the heated internecine rivalry, rather than a true exercise of authority by Xi.

“Mao and Deng used these resolutions to declare victory over their vanquished factional rivals and affirm the ‘correctness’ of their policies,” Ong said. “Xi does have an edge over his political foes, but he has yet to best them.”

Fighting Against the ‘Perfect Storm’

Developments over the past months have seen significant cracks in Chinese society and the economy, such as the looming debt crisis faced by real estate giant China Evergrande and other major property developers. Beijing’s recent crackdowns in the tech, entertainment, and educational sectors have added to the worsening political climate under Xi, further dampening hopes for stable business.

Within the Chinese regime, purges of high-ranking security officials and pointed announcements decrying politically motivated malfeasance and “another Party Central”—an informal network of officials whose loyalties lie with retired leaders rather than Xi’s leadership—also suggest the uncertainty of his power at a critical juncture, as he prepares to take a third term as Party leader at the 20th CCP Congress next autumn.

In particular, the arrests of and charges against retired security officials reflect Xi’s longstanding attempts to cleanse the Party of entrenched influence from the Jiang Zemin faction. Sun Lijun and Fu Zhenghua, both former vice-ministers of public security, have been accused of undermining the Party’s ideals and forming factions against Beijing.

Communist Party-controlled media have also warned of “retired emperors” exercising power from behind the scenes, a veiled reference to the 94-year-old Jiang, who is seen by some observers as having retained actual power throughout the 2010s despite stepping down as CCP general secretary in 2002. One article by CCP ideological outlet Quishi published in September rehashed the lesson of Lin Biao, a top Chinese military leader who allegedly mounted a coup attempt against Mao Zedong and died during his 1971 attempt to escape to the Soviet Union.

Such admonishments, Ong said, point to the instability of Xi’s authority despite the outward promotion of his leadership, such as “Xi Jinping Thought,” a socialistic “common prosperity” narrative, and a tract discussing the family virtues of the Xi clan.

There are signs that the Party could issue a softer historical resolution come the plenary session next month.

“The break with the titles of the other resolutions—historical ‘experience’ rather than ‘questions’ —may be significant,” Momoi wrote in her Oct. 24 piece. “There is believed to have been a fierce debate within the party over whether to move forward with the resolution at all, and observers have suggested that the tweak could represent a concession to overcome objections by opponents.”

Likewise, Wang Xiangwei, a columnist with the South China Morning Post, noted speculation that Xi’s resolution could be “most likely to be forward looking about Xi’s era,” rather than criticizing “past major mistakes and lessons.”

Ong, the China analyst, said the wording of the Politburo’s announcement and the current balance of power in Beijing meant any hard-hitting resolution would likely be the result of sudden events that force Xi’s hand.

“For instance, Xi could be forced to act before the Sixth Plenum to arrest prominent ‘big tigers’ and eliminate the Jiang Zemin faction if they use the ‘perfect storm’ of economic and social crises to sideline him, or if Xi believes that they are going to do so imminently and he must act preemptively to preserve his rule,” he said.

In such a scenario, according to Ong, the Chinese leader could issue a historical resolution that publicly exposes and denounces the political forces arrayed against him, despite the risks such a move would pose to the Party’s stability.