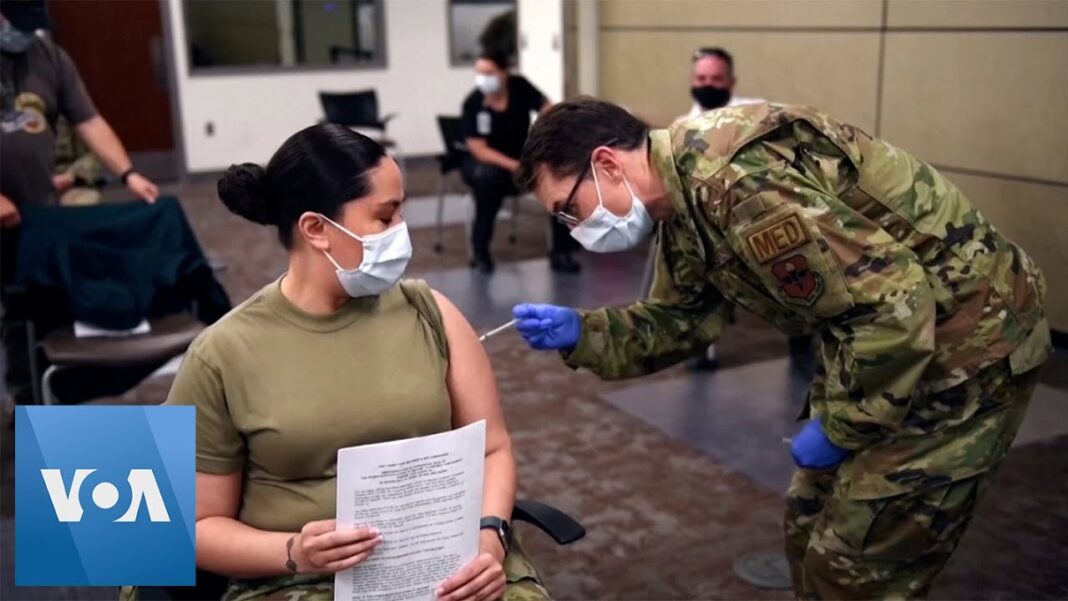 Hundreds of thousands of U.S. troops remain unvaccinated as COVID-19 vaccine mandate deadlines loom, according to data reviewed by The Epoch Times.

A Nov. 2 deadline for active-duty Air Force personnel is the first in a series of dates that various military members are facing to get fully vaccinated against the virus that causes COVID-19.

If they don’t, they’ll face punishment. They could potentially be court-martialed and dishonorably discharged.

A large percentage of most branches have gotten at least one shot of a vaccine. Many troops are poised to be in compliance with orders laying out the mandates. But there’s still a considerable number of service members who remain unvaccinated, including 32 percent of the Army and about one in five overall.

“There’s been a significant pushback,” Sean Timmons, a military veteran and a managing partner at Tully Rinckey, told The Epoch Times.

The percentage of unvaccinated is likely to be so high that the military will use non-compliance with the mandate to kick out troops that leaders don’t like but will retain those they do, at least for a while, he added.

Multiple lawsuits have been filed against the Pentagon and a flurry of troops have sought exemptions since Defense Secretary Lloyd Austin in August, just after U.S. drug regulators approved Pfizer’s vaccine, ordered troops to get a jab. He left the details up to the head of each branch, including deadlines.

The specific orders were soon announced and members learned when they’ll face repercussions if they don’t get a shot and aren’t approved for an exemption. Active-duty Navy and Marines personnel have until Nov. 28, nearly a full month later than the Air Force deadline. The Army set a Dec. 15 deadline for active-duty soldiers.

Reserve components, including the National Guard, in each branch have a later date: Dec. 2 for the Air Force, Dec. 28 for the Navy and Marines, and June 30, 2022, for the Army.

Active-duty and reserve Coast Guard members don’t have a deadline. Instead, they’ve “been ordered to be fully vaccinated against COVID-19 immediately, as soon as operations allow,” a spokeswoman told The Epoch Times in an email.