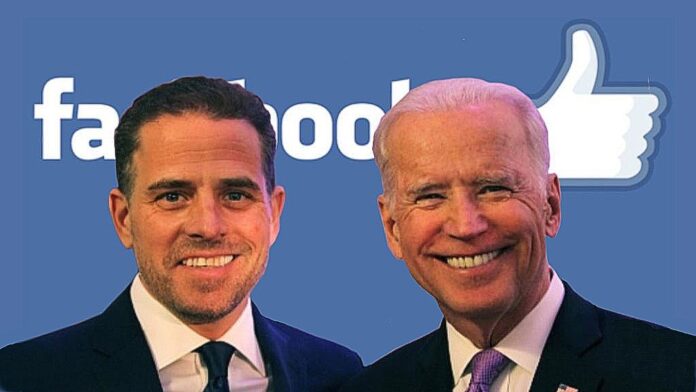 It has been two months since Hunter Biden’s emails were leaked to the public, exposing his father’s shady ties to influence peddling in the Ukraine during his time as Vice President.

While the mainstream media chose to ignore the emails which directly compromised Joe Biden, the Democrat nominee for President, the emails still need to be thoroughly examined as they provide evidence to another growing threat in our nation: Big Tech election interference through political censorship.

Throughout the 2020 election cycle, it became increasingly evident that Big Tech was purging accounts on Facebook and Twitter that were critical of Joe Biden, Hunter Biden, and accounts that expressed support for President Trump. The censorship became too big to ignore when both Twitter and Facebook locked the account of the New York Post and limited their ability to share and post news stories after the New York Post published a bombshell report detailing some of Hunter Biden’s emails that were provided to them by Rudy Guiliani, President Trump’s attorney. The emails proved that Hunter Biden introduced his father to a top Ukranian energy firm executive while he was Vice President, which means Joe Biden used his influence as Obama’s Vice President to enrich his family through lucrative business deals with foreign nations like Ukraine and China, compromising the integrity of the Vice Presidency, as well as US national security.

Facebook went as far as “fact checking” Hunter’s emails and banned accounts that posted the emails or the New York Post story, automatically labeling all Hunter Biden stories and emails as “Russian disinformation”.

“While I will intentionally not link to the New York Post, I want to be clear that this story is eligible to be fact-checked by Facebook’s third-party fact-checking partners. This is part our standard process to reduce the spread of misinformation. We temporarily reduce distribution pending fact-checker review.” ~ Andy Stone, Facebook’s Policy Communication’s Director

While I will intentionally not link to the New York Post, I want be clear that this story is eligible to be fact checked by Facebook’s third-party fact checking partners. In the meantime, we are reducing its distribution on our platform.

This is part of our standard process to reduce the spread of misinformation. We temporarily reduce distribution pending fact-checker review. https://t.co/vf3CBvLmjj

What Andy Stone didn’t reveal in his statement is that his decision-making policies are directly influenced by his political agenda. Before working for Facebook, Andy Stone worked for the Democrat’s House Majority PAC as well at the Democrat Congressional Campaign Committee (DCCC), which is a clear conflict of interest during an election year.

Facebook and their executives made the pre-emptive decision to label the New York Post‘s Hunter Biden story as factually incorrect and limited the publishing ability of the New York Post’s account before they even “fact checked” the already factually correct article.

In a trove of Hunter’s emails that date back to 2010, while Joe Biden was still Vice President of the United States of America, Hunter Biden emailed back in forth with Chris Kelly who served as Chief Privacy Officer, first General Counsel, and Head of Global Public Policy at Facebook. In the emails, Hunter expressed his desire to meet with Chris so that Beau Biden, who is now dead, could get millions of dollars from “Silicon Valley Dems” for a project he was working on regarding online predators.

“Hey Hunter, I’m coming to do a small event with your dad next Tuesday—in on red eye, out late afternoon. Will have a little time before and after and would love to catch up if you’re around.”