Home Politics 2022 Midterms ‘I Think We Are in a Unique Time’: Voters From Coast to... 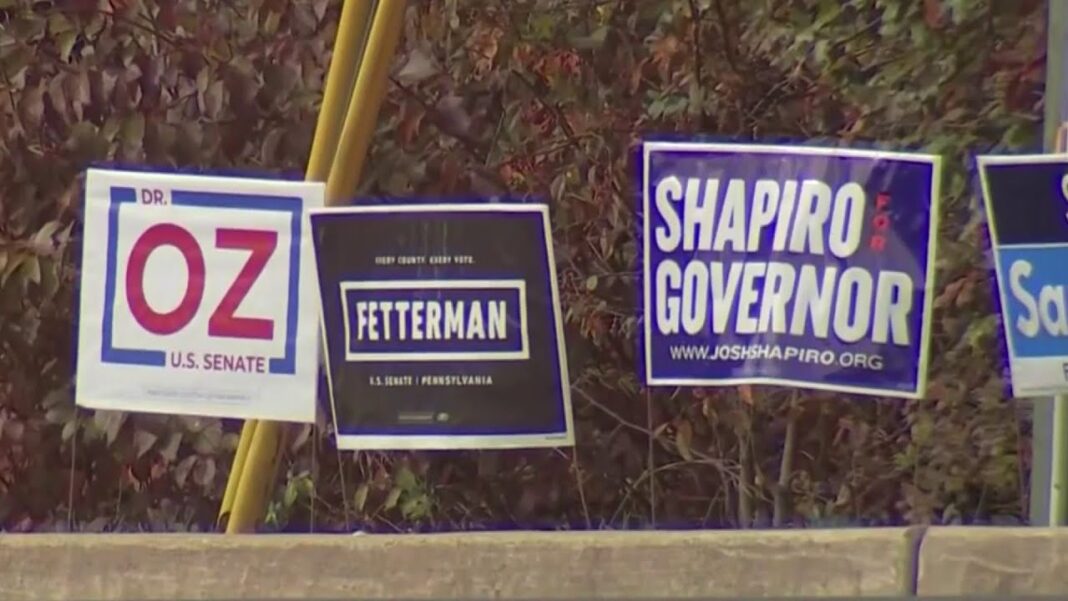 NEWTOWN, Pa.—Pennsylvania’s Bucks County, which stretches along the Delaware River north of Philadelphia, has earned a reputation for unpredictable voting outcomes.

Recently dubbed an “ultimate suburban bellwether,” Bucks is a place where Democrats have long outnumbered Republicans. Yet pockets of the county’s blue-collar Democrats had no qualms about defecting to Republican Donald Trump’s camp because his opposition to career politicians resonated with them.

Many are still loyal to the former president’s “Make America Great Again” principles.

David Fiori, who was handing out Republican-slate flyers to voters outside a polling site at New Life Christian Church in Newtown, said Bucks County “is a cross-section of people who moved from New York because it’s too expensive,” as well as lifelong residents.

The new transplants tend to lean Democrat. People who have lived here for decades tend to be staunch Republicans, he said.

‘Republican All the Way’

Rebecca Mack, 47, was among the first two dozen voters in line for the polls to open at the church at about 7 a.m. She started her day with a workout, then headed to cast her vote.

When asked which race stood out most, Mack said, “They’re all important.”

However, she said the race for U.S. Senate, between Republican Dr. Mehmet Oz and Democrat John Fetterman, is the one everyone is talking about. Mack said she would vote for Oz because of his pro-life and get-tough-on-crime messages.

“I’m against the criminality that’s happening in our country,” Mack said. “I’m voting Republican all the way.”

For her, however, abortion is the deal-breaker.

“I can’t imagine voting for someone who supports abortion—ever,” Mack said.

For Mack and other early-rising voters, casting ballots went quickly; she was out the door of the polling place about 10 minutes after it opened. Many voters emerged with baked goods in hand; the church regularly holds a bake sale during elections, Fiori said.