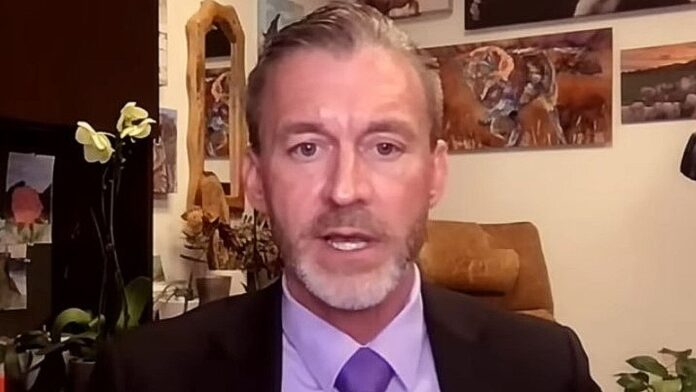 In a climate where politics seeks to dethrone science, a captivating YouTube video features a pathologist warning of the consequences of the mRNA COVID vaccines.

On November 30th, the Ask Dr. Drew program live-streamed an interview of Dr. Ryan Cole, an Idaho anatomical and clinical pathology specialist with 20-plus years of experience. He completed his residency in pathology at the Mayo Clinic College of Medicine and Science in Rochester, Minnesota and has seen over 500,000 patients in his career.

Dr. Cole’s outspokenness has landed him at odds with the political, media, and medical establishments. He’s been accused of making false claims including that “COVID-19 vaccines could cause cancer or autoimmune diseases.” Along with other healthcare providers, academicians, and scientists, he’s been criticized for disseminating “false and misleading information about COVID-19, masks, and vaccines.”

Of himself, Dr. Cole says, “My job as a pathologist is to be the quality control of medicine.” “I am an observer and a reporter. That’s what a pathologist does. We observe and report.”

In tune with the current Twitter revelations of important voices being silenced, Dr. Cole quips, “All scientists agree when you censor those who don’t.”

His challenge to his detractors is “I have been lambasted for trying to share science and at the end of the day, I always say to my colleagues, ‘Look, anything I do, share, or say, question it to me, please. Let’s have dialogue. And, if you have better data sets than I do, then, great, I’m here to learn as well.”

Further quotes of Dr. Cole from the interview include,

“I think that COVID itself and injury from the spike protein from the injections is one and the same pathology.”

“The lipid nanoparticle can go everywhere. It can land anywhere in the human body.”

“When does the body quit making this spike protein? That is a scientific question that has not been answered yet.”

“Why did we treat these products as though they were ‘quote vaccines’ when they’re indeed an injection of a gene sequence?”

“We’re pushing something that can cause more harm than good.”

Dr. Cole further states, with traditional vaccines, most vaccine-related “injury occurs within two weeks.” But with the “gene-based injections,” “the spike is produced for a long time and it’s produced in large quantity.”

He laments, “In terms of public health policy and philosophy, it has been a public health disaster.” “You can’t find what you don’t look for.” “Early on, the agencies and Fauci encouraged people not to do autopsies.”

According to Cole, a huge missing ingredient in public health’s rollout of the vaccines was the absence of adequate informed consent.

The recently released documentary “Died Suddenly” supports Dr. Cole’s claim that there’s a difference in typical clots in the body and those caused by the COVID vaccines.

Regarding morticians and their discovery of unusual clots in bodies they are preparing for burial, Cole says, “They put their needles in large vessels. They started getting back-pressure that they hadn’t experienced before.” He says, “Postmortem clots tend to be like a thick, red jelly.” “You can squeeze them, you can kinda roll them around, break them apart.” But those clots associated with the COVID vaccine, “The are kind of like rubber bands.” “Elastic and odd.”

In the over-an-hour interview, Dr. Cole reveals that he’s lost a lot in taking the stand he’s taken about the COVID vaccines. He’s no longer affiliated with one of Idaho’s healthcare networks, St. Luke’s Health Partners and complaints about him and his practice have been filed with medical boards in both Idaho and Washington.

Nevertheless, he continues with warnings such as this: “What we are seeing scientifically in the laboratory now, the risk-benefit ratio [of the COVID vaccines] is all on the risk side.”