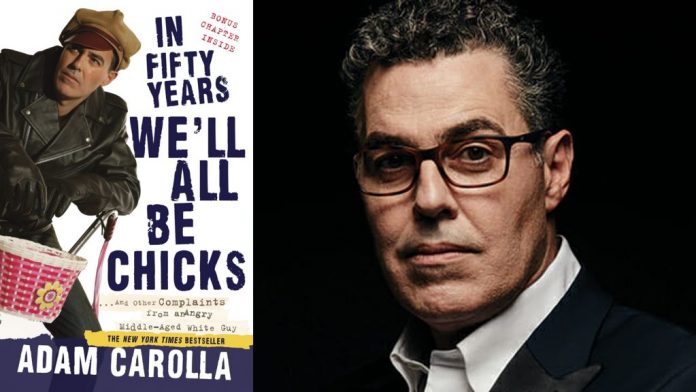 A couple years back, I was at the Phoenix airport bar.  It was empty except for one heavy-set, gray bearded, grizzled guy who looked like he just rode his donkey into town after a long day of panning for silver in them thar hills.  He ordered a Jack Daniels straight up, and that’s when I overheard the young guy with the earring behind the bar asking him if he had ID.  At first the old sea captain just laughed.  But the guy with the twinkle in his ear asked again.  At this point it became apparent that he was serious.  Dan Haggerty’s dad fired back, “You’ve got to be kidding me, son.”  The bartender replied, “New policy.  Everyone has to show their ID.”  Then I watched Burl Ives reluctantly reach into his dungarees and pull out his military identification card from World War II.

It’s a sad and eerie harbinger of our times that the Oprah-watching, crystal-rubbing, Whole Foods-shopping moms and their whipped attorney husbands have taken the ability to reason away from the poor schlub who makes the Bloody Marys.  What we used to settle with common sense or a fist, we now settle with hand sanitizer and lawyers.  Adam Carolla has had enough of this insanity and he’s here to help us get our collective balls back.

In Fifty Years We’ll All Be Chicks is Adam’s comedic gospel of modern America. He rips into the absurdity of the culture that demonized the peanut butter and jelly sandwich, turned the nation’s bathrooms into a lawless free-for-all of urine and fecal matter, and put its citizens at the mercy of a bunch of minimum wagers with axes to grind. Peppered between complaints Carolla shares candid anecdotes from his day to day life as well as his past—Sunday football at Jimmy Kimmel’s house, his attempts to raise his kids in a society that he mostly disagrees with, his big showbiz break, and much, much more. Brilliantly showcasing Adam’s spot-on sense of humor, this book cements his status as a cultural commentator/comedian/complainer extraordinaire.

“Adam Carolla is a genius. And no, I’m not kidding.” ~ Jimmy Kimmel

“Reading Adam Carolla is akin to having a horrible illness. Alone with your thoughts, you struggle with whether you want to even go on living. When you’re done, you’re a stronger, better person.” ~ Alec Baldwin

“If you’re a man, read this book.  If you’re a man who wears turtlenecks, wise up.  Nobody thinks that looks good.” ~ Seth MacFarlane

“I don’t know this guy from Adam, but Carolla’s humor—fearlessly crass, shamelessly honest and irresistibly funny—sucks out like liposuction the  layers of fatty pride to expose the often warped and wounded psyche buried deep within the modern American male.”
~ Ken Burns

Adam Carolla is a radio and television host, comedian, and actor. He is the host of the Adam Carolla Podcast, before which he hosted a weekday morning radio program broadcast from Los Angeles, and syndicated by CBS Radio. Besides these shows, Carolla is well known as the co-host of the radio show Loveline (and its television incarnation on MTV), as the co-creator and co-host of Comedy Central’s The Man Show, and as the co-creator and the performer on Comedy Central and MTV’s Crank Yankers and is a frequent contributor and contestant on ABC’s top-rated program “Dancing with the Stars”. Carolla also starred in, co-wrote, and co-produced the award-winning independent film, The Hammer. He currently lives in Los Angeles with his wife and their two children.